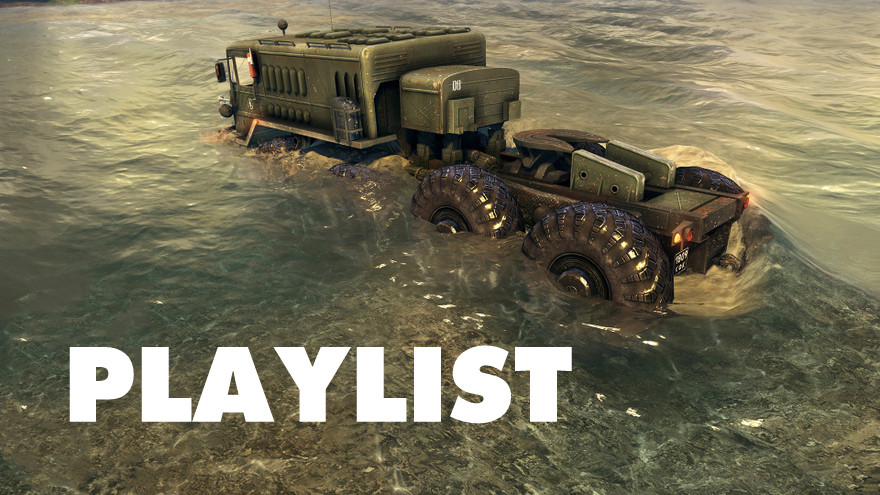 Terry Cavanagh’s VVVVVV hit iOS this past week, along with a standalone version of its secret minigame Super Gravitron. It’s simple: flip from floor to ceiling, avoiding obstacles for as long as you can. It’s a bite-size taste of what VVVVVV proper has to offer, but it’s also deviously addictive in its own right, creating the sort of high-score compulsion that made Cavanagh’s Super Hexagon such a charmer on the device.

Perfect for: Anyone looking to get one over on gravity, Captain Viridian cosplayers

The premise may seem simple: drive a huge Soviet-era truck through untamed wilderness. Yet somehow Spintires manages to be an almost zen-like experience. No storyline, no guns, just driving from X to Y. The challenge is in the controls and in the physics, in wrestling your giant truck through each pit of mud, each rocky outcrop. Every obstacle is as tough to puzzle through as a koan, but just as satisfying.

Playtime: As long as your meditative trance lasts.

Perfect for: Anyone who played with toy trucks as a kid, mud fanatics, those looking for the Dark Souls of driving games

Remember when Tim Schafer made amazing point-and-click games like The Secret of Monkey Island, Day of the Tentacle, and Grim Fandango? We sure do! … and apparently so did, like, a lot of people. But the triumphant Broken Age is more than a nostalgic callback. It’s a crackling, expansive yarn of its own, with beautiful animation and a sumptuous world that you want to touch, not click. And now that it’s out for iPad, you can do just that. Get tapping.

Perfect for: Pointers and clickers, fans of early Tim Schafer, the 87,000 Kickstarter backers