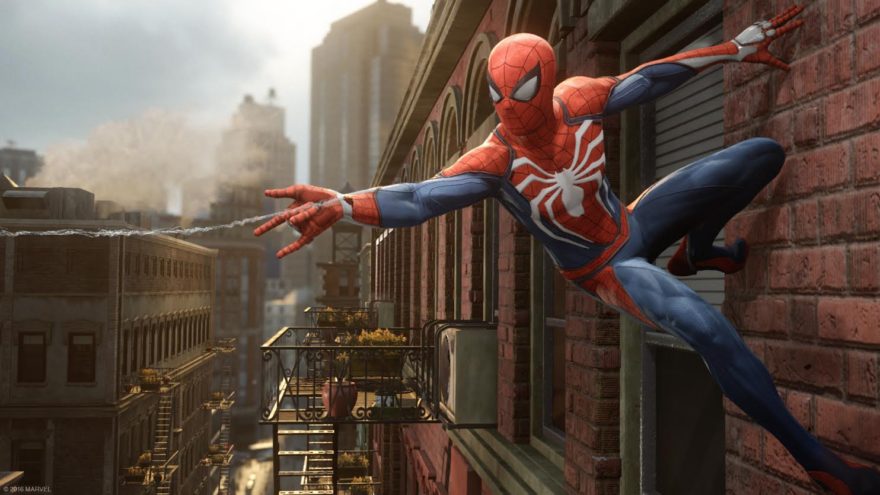 Monday night’s PlayStation press conference at E3 brought a dizzying number of reveals, many of them catching people completely by surprise: Days Gone, Death Stranding, God of War, and… Spider-Man? Definitely didn’t see that one coming! Do I dare confess my excitement about yet another Spidey game after I actually spent $60 of my hard-earned cash on Beenox’s godawful TheAmazing Spider-Man 2 (2014) for the Xbox One?

Look, there was a time when Marvel’s friendly neighborhood cash cow meant something more than another ugly, unplayable movie tie-in. When the first Tobey Maguire flick landed in 2002, Treyarch released what can best be described as a fairly decent game that I enjoyed completing.

a comics fan can dream, right?

But, when it came time for the sequel? Spider-Man 2 (2002) was nothing short of a bona fide masterpiece—a vast open-world Manhattan, fleshed-out campaign mode, collectible items, and all kinds of fun side quests. Not to mention that it was endlessly replayable. And let’s not forget Web of Shadows (2008), either, which serves as further proof that fun, easygoing Spidey narratives within a large urban environment are still full of potential.

It might be a hard sell for some folks, given just how disappointing The Amazing Spider-Man 2 was, but this PS4-exclusive title’s got Insomniac Games at the helm. Insomniac’s storied portfolio includes everything from Spyro the Dragon (1998) to this year’s Ratchet & Clank, and all the parkour action and zip lining in Sunset Overdrive (2014) shows they know how to combine fast combat and fluid movement with an open-world cityscape.

“We love building big games, with incredible gameplay, deep stories, and beautiful graphics,” says Insomniac creative director Bryan Intihar. “Spider-Man is one of the most iconic and well-known characters in the world, and we’re thrilled to be given the responsibility to create a brand-new, authentic Spider-Man story.” Not much is known about the story yet, and it may well serve as a tie-in of sorts to the forthcoming Sony-Marvel reboot Spider-Man: Homecoming, but a comics fan can dream, right? Even if that huge white spider insignia is pretty atrocious.

Insomniac’s as-yet-untitled Spider-Man game will soon be swinging its way to the PS4.