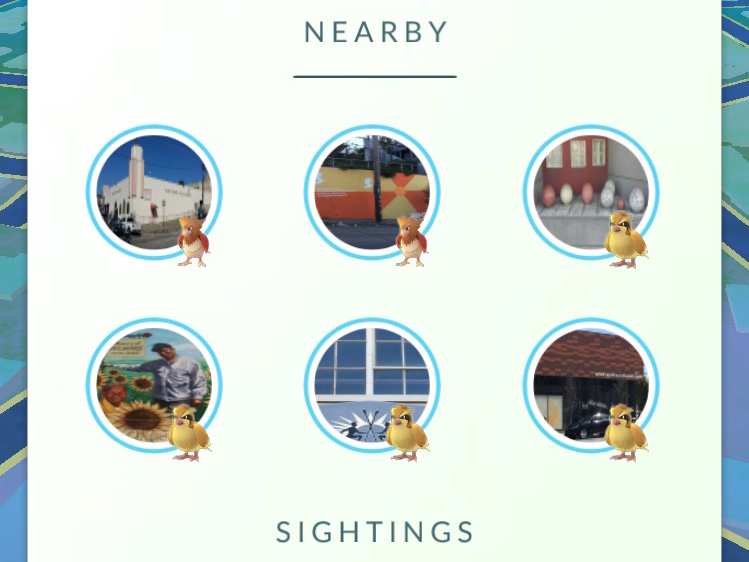 “We’re currently testing a variation of the ‘Nearby Pokemon’ feature with a subset of users,” read the August 9th patch notes for Pokemon GO. “During this period you may see some variation in the nearby Pokemon UI.”

This is an understatement. The quality of Pokemon GO is almost irrelevant in the face of its sheer cultural weight, but make no mistake: this game is busted. First it would tell you with a scale of three arcane “footprint” icons your general proximity to a given Pokemon: whether one footprint or three meant they were close is anyone’s guess. Also: what direction should you go to find that Meowth that’s two footprints away? I have no clue.

Then the designers at Niantic completely removed the footprints, instead leaving a list of Pokemon with absolutely no way to tell which ones were closest to you. Coupled with the game’s inconsistent GPS tracking, which can see your trainer slide all over the place while you’re sat calmly enjoying a cup of coffee, this phase of the Pokemon GO Tracking Saga is a particularly dark one.

Now, the apparently tentative (see those patch notes) solution is to match the Pokemon to a nearby location: if you haven’t gotten close enough to find them, they’re superimposed over some grass to let you know they’re still hidden. Why it would be helpful to show where they are if you’re close enough to catch them is, again, anyone’s guess.

That said: I’m still trying to catch them all. This is the perverse paradox of Pokemon GO. We are powerless to resist the primal allure of catching them all, even as the designers toy with us by stripping out essential functions. Soon it will be a single screen with a featureless Pikachu. Tap him and he makes his noise. Your inventory fills up beyond capacity, beyond comprehension with faceless, mewling Pikachus. You look forward to the next update.

Sponsored by Lenovo. Speed and precision in your hands. Lenovo Ideapad Y700.