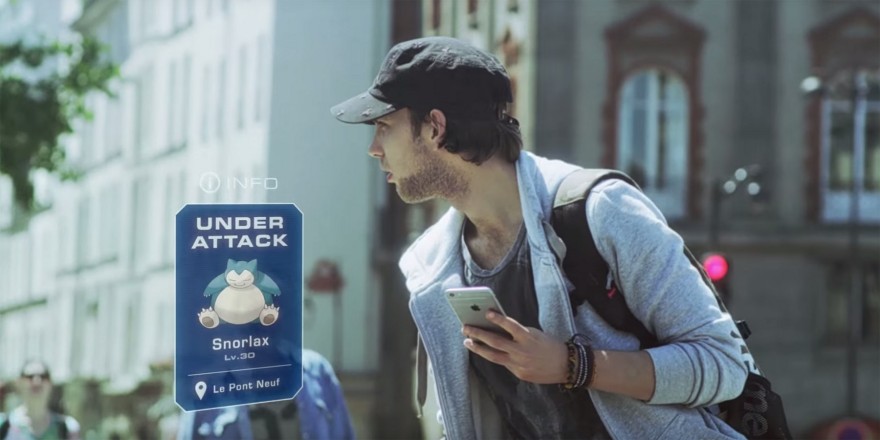 As a series that has been primarily confined to handhelds since its inception, Pokémon has always encouraged a certain amount of “go” from its audience. For instance, its commercials frequently feature players wandering through forests and cityscapes, getting to know their hometowns better and meeting new friends along the way. Yet, as much as these games want me to take them to the park or the museum and collaborate with others, I’ve mostly always played them by myself while huddled around a power outlet in my bedroom. And given consistent cries from fans for a main series Pokémon game to be released on a home console, I’m guessing I’m not alone here. However, according to a new official post on alternate reality smartphone game Pokémon GO, it seems as if those looking to catch ’em all will have no choice this time but to go outside and experience some damn culture, finally fulfilling the vision Nintendo promised in those ads all those years ago.

The post explains that to catch Pokémon in the game, players will first need to visit PokéStops, which can be found at public art installations, historical markers, local monuments, and other places of interest. There, they can acquire Poké Balls and then set out to capture their target Pokémon, which they can only find by going to its real-world habitat. Meaning that if you want to catch a water Pokémon, you better pack some sunblock, ‘cuz you’re going to the lake. At this point, all players need to do is start exploring and wait for their phone to vibrate, indicating a nearby Pokémon which they can then catch by using their touchscreen to toss a Poké Ball at it. Because of the lack of battles involved in the capture process, it almost seems as if the goal here is more to get you visiting places of interest (read: culture and natural beauty) than anything else.

Which is not to say that battles aren’t in the game. For those who don’t want to go on an endless series of field trips, there’s also the option to set up and challenge gyms. At a certain point in the game, players will be offered the chance to join one of three teams, at which point they’ll be able to work together to claim certain real-world locations as gyms. By setting down a Pokémon at an empty gym, a player will claim it for their team. The more players who set down a Pokémon, the stronger the gym’s defense will be. Then, to claim that gym, opposing teams will need to take out all defending Pokémon first. Because if kids are going to fight over territory, they might as well do it with fire-breathing dragons.

Living in New York, I’m sure I’ll be able to find plenty of PokéStops, and some may even lead me to a new favorite spot or hobby I might have otherwise missed. The potential problem with this system is that not every Pokémon GO player is going to live in an 8 million person metropolis. For those living in more rural or economically disadvantaged neighborhoods, public art installations and local monuments might be difficult to find, and traveling to lakes might not be feasible. Whether or not Nintendo has taken this into consideration will become more clear as the company launches early user tests in Japan to test the game’s technology. As it stands, my hope is that players from Palette Town won’t have to hoof it all the way to Saffron City to catch a damn rattata.