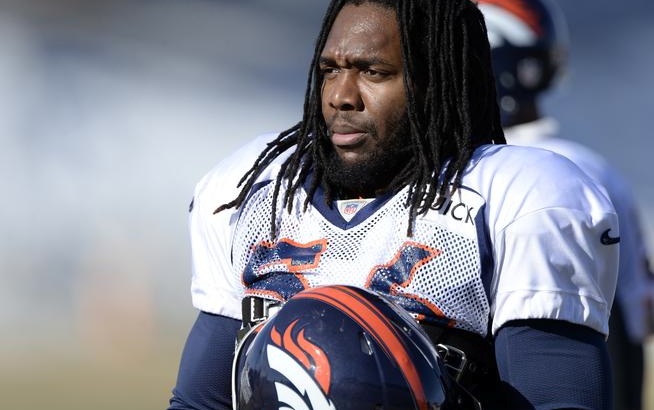 As you know, the Denver Broncos just suffered one of the most humiliating defeats in Super Bowl history. Things turned ugly quickly and stayed that way. The Broncos couldn’t match the Seahawks’ intensity and didn’t seem particularly inspired to be playing in the biggest sports game of the year. One interesting story that came out of the game was Broncos linebacker Nate Irving playing Pokemon to get in the zone for the big game, which probably didn’t help.

“I’m actually going to sit in my hotel room, play my Pokemon game,” Irving told the Wall Street Journal last week. Instead of tearing the club up, or scowling at a poster of Russell Wilson, or going into a Cape Fear-style trance, or doing whatever it is pro footballers do, he was playing Pokemon. This may or may not explain why the Denver defense was helpless against the Seahawks’ rushing attack, who looked like the 400-pound juggernauts that SB Nation writer Jon Bois predicted out there. Videogames have great therapeutic benefits, such helping you concentrate, calming nerves, and managing stress, but wrapping up Marshawn Lynch is a lot tougher than catching Pikachu in a Pokeball.