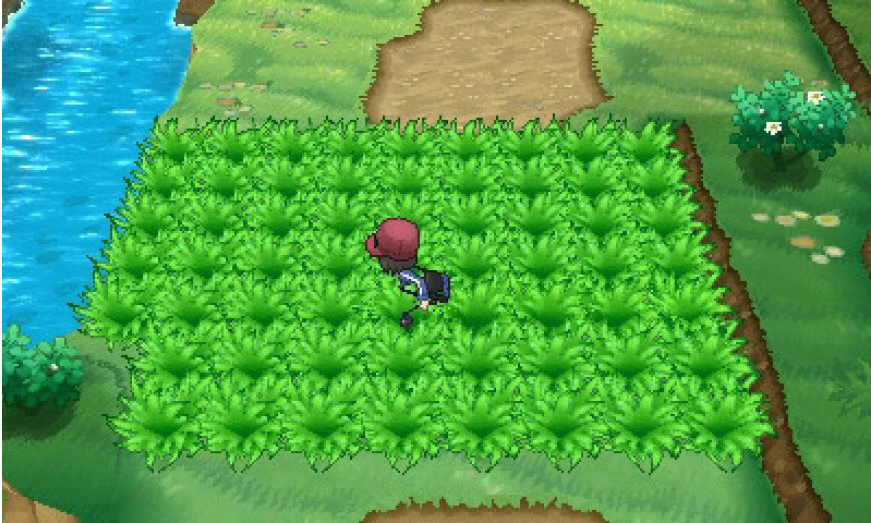 When my class neared graduation from middle school, we were asked to write a future letter to our high school selves. Four years later, our teachers handed us back the surreptitious time capsules, revealing to me a forgotten paean to Jennifer Love Hewitt, three unbeatable Pokemon card decks, and Darth Maul. But as other students remarked at how much they’d changed and grown, I realized that I was still the same person. I still loved The X-Files, played a lot of video games, and read Animorphs books.

While gleefully playing Pokemon X/Y, it’s once again come to my conclusion that I am still exactly the same person. Nintendo hopes that you are too. The 3DS versions cater highly to the Red/Green generation—Red/Blue in the West—and Nintendo stays faithful to a traditional formula that has equated one of the most successful brands in gaming history. At its core, I might as well be reviewing a game from 1996. X/Y uses the same structure as its predecessors, down to the same JRPG battle tactics, sound bytes, cave explorations, Team Whatever surmounting, and even monster cries. Charmingly, a Pikachu still emits 8-bit gargles.

This aggressive sense of nostalgia takes root early. Soon after the first gym, arbitrary Professor #6 gives the customizable you one Red/Blue starter: Bulbasaur, Charmander, or Squirtle, the grass, fire, and water types that started it all.

Your character can now run around in all directions in a three-dimensional world. While this is a modernization, in practice it feels more like the N64 game we wish we had. Battles are more striking, with fully animated Pokemon biting, slashing, and stun-sporing their way to victory. No longer are we limited to over the shoulder half-perspectives; the camera swoops and surveys the action like a dynamic sporting event. Game Freak decided to incorporate the 3D effects primarily in battles and dungeons, making the feature less obnoxious to sensitive eyes, and more of an added “cool thing.” Although the 3DS’ hook would seem the most sensible victreebell and whistle to add to the series’ next clone of itself, the effect isn’t overwhelmingly exhausted.

The lack of stereoscopic 3D isn’t the only concession they’ve made to playability; the whole game seems to be set on easy mode. The EXP ALL option, for example, divides experience points to your entire party accordingly, and you also gain a portion of experience every time you catch a new Pokemon. These options quickly lead to a super effective battle party without grinding. I stayed way above the curve, decimating gym leaders with ease. Even your in-game rival remarks at how insanely outmatched he or she is when facing you in battle. You’re flying through a game you’ve already beaten at least five times.

Aesthetical change can be celebrated—see: Wind Waker—but there is something to be said for keeping the general structure intact. When the core schematics of Final Fantasy were reworked in XII and even further in XIII, it resulted in the least well-received games of the series. They were both great, arguably stellar titles, but they were not Final Fantasies.

X/Y doesn’t so much create new memories as remind you of the better ones, albeit spectacularly.

The generation of people who grew up on videogames (late Gen Xers and now Generation Y) are overly sentimental when it comes to entertainment. 2013 garnered nostalgic remakes of Tomb Raider, Devil May Cry, and Splinter Cell, twisting familiar characters and brands, whetting an appetite for grandma’s apple pie—you know, that which we all know and love.

X/Y doesn’t so much create new memories as remind you of the better ones, albeit spectacularly. This “version” of Pokemon—identically named to the generations likely playing the game—taps into the same addictive monster hunting introduced in Red/Blue, and gives us all the rare candy we could ever want. Pokemon is still totally awesome, and I’m still a thirteen-year old boy.

We frequent the same coffee shops and restaurants because we know the food will be consistent. We are praised at work for consistency, and build our lives around repetitive, daily habits. Like many Nintendo properties, Pokemon X/Y maintains an effective, consistent percentage of evolutionary satisfaction. For better or worse, no one dares change the recipe.