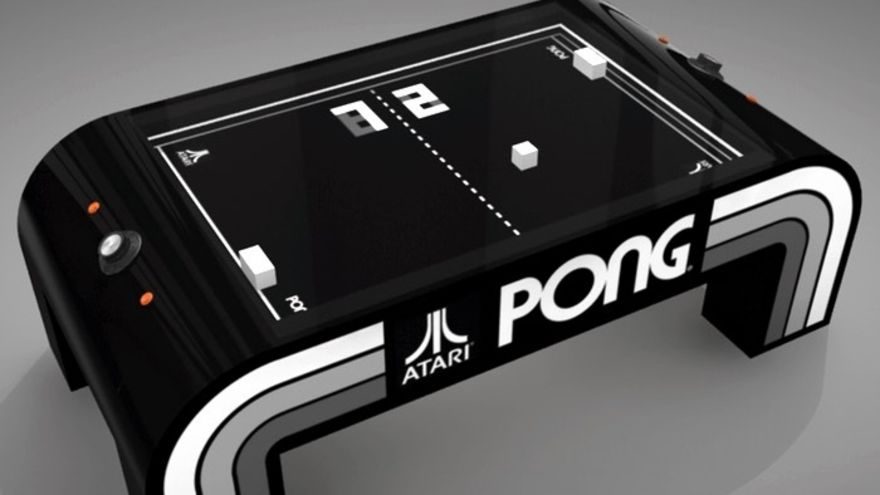 Pong (1972) is such a simple game. Almost any person could draw it on a piece of paper if prompted. Two tall blocks, a smaller square, and a few lines—that’s Pong. That’s why recreating the classic arcade game in the real world requires a little more effort for it to stand out. And that’s exactly what Daniel Perdomo dedicated two years of his life towards.

Perdomo created a large, real-life Pong table, kinda like one of those air hockey tables, but with a bit more engineering behind it. “It all started as a challenge for fun. Like a hobby in my free time,” Perdomo told me. He didn’t have any experience with electronics or programming. Instead, Perdomo used the internet to learn everything he needed to know. As he put it, he was “learning on demand.”

The idea to create a Pong table came from an unlikely moment. After playing around with some magnets with his daughter, Perdomo realized he could use the magnets to recreate the smooth bat-and-ball play of Pong. It’s a connection that shouldn’t come as a surprise. “Atari and Pong marked my childhood’s generation deeply. I was about eight years old when I got my Atari 2600 and it was pure magic!” Perdomo said. After playing the game for years he fell in love with Pong and Atari.

Once Perdomo started working on the project he found the hardest part was trying to recreate the way the game feels using magnets. The first prototypes and concepts were rough and didn’t work. But Perdomo quickly improved the feel of the game with further refinements to the magnets.

After two years of designing, testing, and tweaking, Perdomo and his team had finally created something that not only looked like the classic game, but felt like it too. The original Pong has a very smooth feel to it, a very analog feel. The paddle controller allowed for precise control. Perdomo’s Pong table recreates that feeling of precision and silky smooth movement. Watching the table in action it looks almost unreal. It looks like that simple game has actually jumped off the TV screen and into the real world.

Even Perdomo can’t believe how well it turned out. “I am very surprised with the results. I thought I had a great idea and decided to take the challenge, but I didn’t imagined it would get this far!”

Now Perdomo and his team have ambitions to not only improve on the table, but to bring it to the market. The team has already received many offers and is looking to create a version that could be mass produced and sold to anyone who has a desire to experience the simple fun of Pong in a whole new way.

You can find out more about the Table Pong Project over on its website.