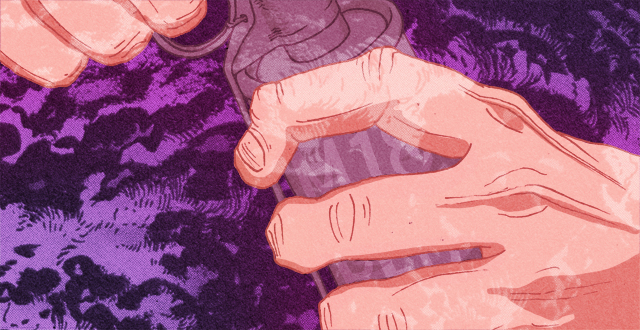 Usually I’ve got a counterargument. But I must admit that, in the two most recent entries to the franchise—Black Ops and Modern Warfare 2—the designers have been waffling on the one aspect that I consider crucial to its legitimacy.

I play Call of Duty games on Veteran—not to be a masochist, but because on any other difficulty setting they are little more than thrill rides. If I hear someone say that these games glorify machismo and violence, I assume that they’re not playing on Veteran. Because I can recall in perfect clarity the first time I played Call of Duty 2. I remember lying on my stomach for forty-five minutes in Stalingrad, dozens of Stielhandgranates dropping two feet away from me, having no clue how I was ever going to make the next checkpoint. I was inching down a flight of stairs, hiding behind railings and the dead bodies of my fallen comrades, vainly hoping the onslaught would cease as soon I reached a nearby fallen column. It was the most perfect simulation of a living hell that I’d yet seen (this was before the era of FarmVille).

The rule that defines Call of Duty, and separates it from the single-player campaigns of most other shooters, is the infinite spawn. It’s a bit of scripting built into discrete segments of every level, code that states: “Continue spawning enemies from points a, b, and c until the player crosses invisible line x.” When most people say that the Call of Duty games are realistic, they’re referring primarily to their photorealism and point-of-view effects like distorted vision and tinnitus following a nearby explosion. But the social realism of the games is the sine qua non of their design: the realization that there is no end to the enemy force in front of you. Without this rule, without the hordes of your own computer-controlled teammates dying all around you as your squad inches toward the next checkpoint, all you’ve got is a shooting gallery.

This rule isn’t to be taken literally. The individual rules in a game don’t sit on their own, shouting their version of the truth at you. If you sat in the same place in a Call of Duty game for hours on end, perpetually shooting at the heads of the soldiers flooding in, the experience would certainly tend toward the Kafkaesque rather than the realist. Infinite spawn assumes the player’s desire for a forward impetus, and, in this context, it creates the impression of a battle so large that one soldier could never hope to kill the entire enemy force alone. (Contrast this with Doom‘s “monster closets” and Medal of Honor‘s placement of discrete numbers of enemies on a battlefield.)

Before the release of Modern Warfare 2, Infinity Ward bragged that it had replaced this “cheap tactic” with a more dynamic enemy AI—perhaps in response to a near-decade of player complaints that infinite spawns made the games too difficult, the design “too lazy.” This is a classic example of artists taking the words of a boorish public too closely to heart, perhaps because the artists themselves didn’t understand the full power of their design. I’d argue that many dislike these spawns because they work against our deeply ingrained, dominant play methods of taking cover, clearing a room, and moving to the next. The idea that better artificial intelligence could relieve the burden of design betrays a depressingly common technological determinism shared by game developers and consumers alike.

Without infinite spawns, Modern Warfare 2 felt sterile: a nauseating cocktail of pre-scripted double crosses, concussive explosions, collapsing ceilings, and last-minute rescues from precarious cliffsides, with casual head-shooting in between. By some miracle, Treyarch decided to bring the spawns back for Black Ops, released last November. A few open battle scenarios—such as the downhill assault in Vietnam and the Nazi-hunting mission—help resuscitate the series’ signature. But these encounters are decidedly few and far between. I’m not sure why.

Black Ops and Modern Warfare 2 blatantly feed our most boring habits. They ask us to simply clear room after room, corridor after corridor, with a team of indestructible squadmates. The designers seem to want squad-based tactics and classic run-and-gun pleasure in the same tidy package. This feels like a malformed hybrid of Rainbow Six and GoldenEye—a “tactical” game that requires no actual decision-making. One might point out that Black Ops and Modern Warfare 2 explicitly take a different context, one of covert operations. Yet we have to question whether the series boilerplate—regenerating health, a focus on headshots, indestructible or infinite squadmates, periodic rides in helicopters and Humvees, and underdeveloped stealth—is really built for playing a covert operative in the first place.

I can always tell when the design of a Call of Duty game is operating at its full potential. There are moments in these games, the most aggravating ones to be sure, that make me realize that I’m not a good-enough virtual soldier to win the skirmish. There’s a mechanic for these situations, a smoke grenade. It’s a clearly artificial construct: The smoke emitted stops enemies from firing into the affected zone. The player is typically given four of these at the beginning of a level, and there’s no way to pick more of them up—one has to conserve them, the most precious resource in the game.

Using a smoke grenade is a form of acquiescence, a Hail Mary play. One realizes that the stream of enemies into the area is too great to defeat by aiming and dodging alone. Over the course of the series, I’ve had to use these grenades less and less often. In Call of Duty 2, I think I used every one given to me. In Black Ops, I used only one. It was in the third level, in a bunker under the Baikonur Cosmodrome. A particularly long checkpoint forced me to travel through a hallway; into a comms room; through a second, longer hallway with a war room spawning enemies from the right; and finally into a locker room containing three SMG-bearing soldiers crouching in wait.

I was stuck here for over an hour, my pride forbidding me from using the smoke grenades until I was sure there was no other way. After throwing my controller down in anger a few more times, I gave in. I popped smoke, and I ran like hell.