Porpentine is an award-winning artist who has recently released a collection of her hypertext work from 2012-2015 called Eczema Angel Orifice. There are 25 stories collated in total. To create them, Porpentine drew from her own traumatic experiences and emotions, spinning them into engrossing, oneiric fictions. She’s hoping to bring Eczema Angel Orifice to Steam and has it on Greenlight. You can find the rest of her creations on her website.

Kill Screen: So, Porp, Eczema Angel Orifice. How did you come up with this name for your hypertext collection? It’s unusual but very Porpy, I think.

Porpentine: I have eczema. And I like the contrast. Beautiful ugly things. It sounds good which means it is good.

KS: On that note, is there anything in that which goes towards your writing – as in, you look for contrasts such as beauty and ugliness? I’ve always wondered how you come up with such evocative imagery with your words. Does it come natural to you?

Um, I guess it’s like, when you go outside and you’re wearing mascara and eyeliner and a dress and your eczema is burning scarlet across your arm and face. Like femininity has always held absolute divinity in one hand and unspeakable violence in the other. The vestal virgins buried alive, being this worshipped and murdered object, femininity corroded and dripping down your body. Does that make sense?

KS: I think so, yes. You allude to both a personal experience and a history of the feminine experience? And you try to call upon that in your writing?

P: Yeah, like, historic femininities are useful up to a point—I can draw on those experiences, like, understand the witch hunts were about subjugating lower class women and destroying feminine solidarity. But I have to make new ones too, and enshrine my own. And the process of speaking that truth can be very painful but necessary, but it has to be made enjoyable for me!

It’s like being able to look at any point on a river—you can look at the polished stones glittering in the clear stream, or go to the muddy stagnant shallows with the animal carcass poisoning the water. It’s, like, is telling your story helping or hurting you? Is it okay if it hurts?

KS: So when you refer to the pain of the truth you refer to telling your own story? And you manage to also make this enjoyable somehow—is that perhaps in spinning it in fiction?

P: Yeah, like, Eczema Angel Orifice is a big part of how I survived the last 3 years. Its like how dreams filter and clean your mind.

KS: When you look back at the collection of games in there do you feel that you moved on from the place you created those in? That you’re on to a different, separate part of your life, let’s say? Or is the collection not significant in that way?

P: Fuck yeah! I guess this is a sea change in my life—branching out artistically, stuffing these Twines in a Pandora’s box of nightmares. I feel like I’ve named and organized these terrors, things that completely consumed and swallowed me at the time, and now they’re a taxonomized paycheck. Thank god.

Also, being at what feels to me like a significant stage of recovery from PTSD—recovering senses I didn’t think I’d get back. We all need our arbitrary milestones after all.

KS: Do you replay any of these games for any reason? It seems like they may have strong emotions and memories tied to them that you might want to forget, is all. So perhaps you just make them, put them out there, and then move on to the next project?

P: Well I had to test them all for this, lol.

KS: How was that process?

P: It was bittersweet. It was good having a sense of me as a person. Part of PTSD for me was memory loss, so this was my memory palace; I could see how far I’d come, how I’d changed. It’s like how you forget dreams if you don’t write them down.

KS: Do any of the games in the collection stick out in your mind? And I mean, when you replayed them, did any bring back strong memories that you were glad to have back? Or maybe you just thought that what you came up with at that time was particularly imaginative or special in some way?

P: I really like the part where you die in Their Angelical Understanding. Especially with Brenda’s new music for that scene.

KS: What about it specifically?

P: It felt like making a doppelganger of myself and shooting her in the head.

KS: And that was … relieving?

KS: OK then, what are you interested in artistically now? You said it has changed earlier. In what way in comparison to the Porp who made these hypertext games?

KS: How would you say this is reflected in what you’re creating? Or is it?

P: I love collaborating with other people, like Brenda’s beautiful ocean prism worlds. I need to constantly experiment to be happy, I’m never satisfied, I get sick of projects quickly, I always have this sense of apotheosis in my head, a strong spiritual force behind what I do. That’s why I made a game out of folders, a zine out of torn up paper, I’ve been making bots lately, it’s exhilarating. Finding vessels to contain the rapidly spewing hyper-oneiric sludge pouring out of my mind.

I guess a difference is that making things maybe feels less painful? Like sometimes PTSD is like feeling the whole world through Waldoes. And being able to actually feel the things I make is great. Like, it’s kind of tragic to make really emotional art that other people can feel more strongly than you can.

Some things in my world right now:

I want to make a game that feels like if I made a David Lynch movie.

I’ve always loved how emotional his films are, how the emotional impression you get from each scene is the most important thing about it, more important than piecing together any clues or “logic.” That resonates with me on a feminine level, like being in situations where you feel something deeply wrong but can’t express it because it exists on an intuitive level that society won’t accept. I love those shots where he focuses on how terrified a character is; this seemingly irrational terror, and that terror becomes contagious to us.

KS: Definitely! Have you worked out how that might come to be yet—this Lynchian game, I suppose we can say? As in, hypertext or something else entirely?

P: It would be 3D probably.

KS: And you’ll still draw from your own emotions when creating this? It seems like it’s less a way to contain something, as before, and more you trying to achieve a specific effect, or a feeling? Maybe it’s not that different?

P: No difference. Are you suggesting a binary between emotions and technical artistry?

KS: I’m mainly wondering if your method of creation has changed as you have, in ways. But it seems that’s not the case. Here’s a question, though: Before you said that hypertext was important to you, a couple of years ago. Looking back on it why was that? And is there any format or creative tool or method that’s important to you now in a similar way at all?

P: I’ll still be using Twine, cuz its obviously accessible and I feel comfortable with words. I’m working on several commissioned Twines for instance. But the important thing is not having any format, to just follow the brightness. Bots and Unity are big for me right now but that could change….. *ominous note* at any moment. Like the only real limit is the resources I get, and the collaborations I’m doing? 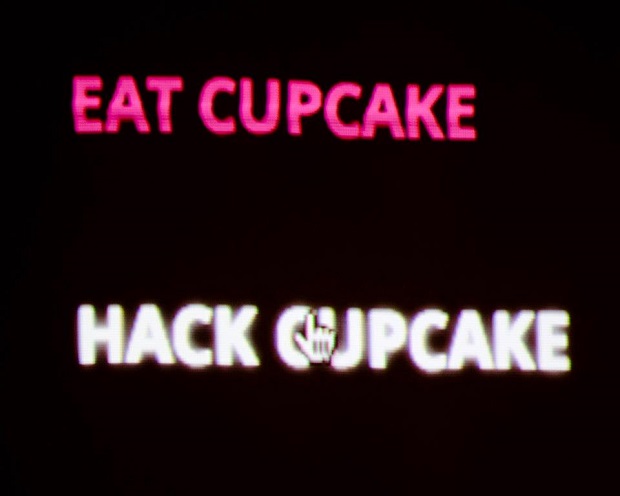 KS: I’m curious… how would you like to be remembered? What, if anything, would you like for your art to tell people about Porp? Do you care about things like that?

P: I would like to be someone who was actually a good person instead of someone who cultivated that perception through media. Like, I hate the whole enfant terrible thing in the arts. I don’t think art is more important than humans.