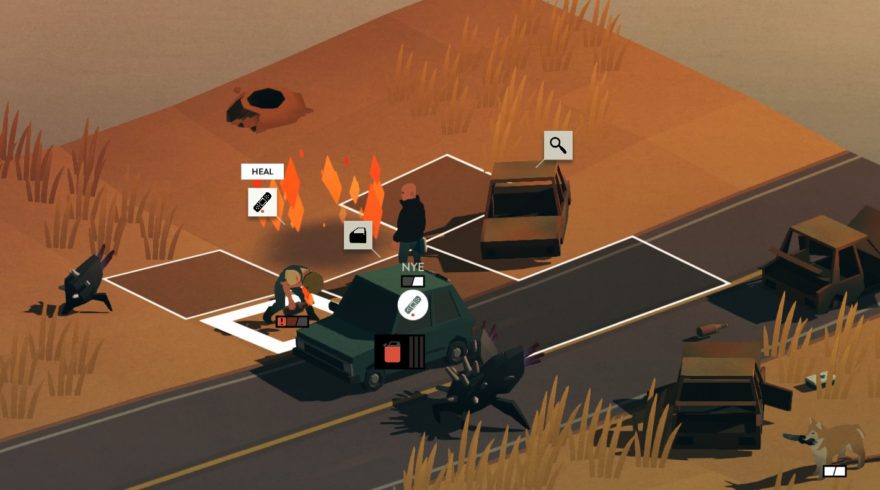 If you’ve been waiting to play Finji’s new game Overland, but didn’t make it into the limited First Access Program, then good news: Overland is now open to the public.

Overland is a tactical survival game in the vein of XCOM but with far more adorable dogs and heartache. The game has you balancing a carload of survivors as you cross the United States, balancing gas shortages and injuries in a board game-like atmosphere. The game has procedurally generated characters with their own quirks and traits, allowing you just enough time to get attached to them before they are viciously murdered by rock-like bug creatures. The dogs, as it happens, are also susceptible to death.

the ability to put backpacks on dogs

The game isn’t done; Overland’s First Access is still in effect—meaning new content is added every month, private developer forums on Trello, and secret surprises and updates for people who are choosing to support the game early. Opening First Access to the general public comes at the same time as an update to the game, including perhaps most importantly, the ability to put backpacks on dogs.

Post-apocalyptic fiction has often been home to dog friends. Mad Max often had a four-legged companion his earlier movies, even if it was usually unceremoniously killed. And there’s the bleak comedic story of A Boy and His Dog (1975). What these movies were ultimately missing, and what Overland brings to the table, is dogs with backpacks. I mean, obviously.