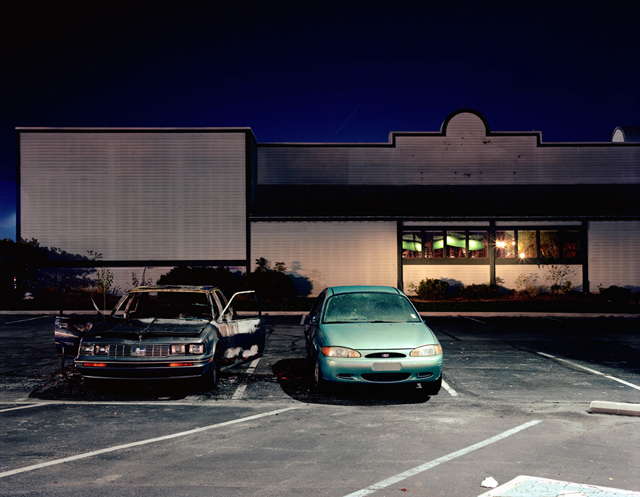 After the zombie infection spreads, after the atomic bomb drops, after the alien invasion: the auteur directors and game developers behind post-apocalyptic narratives often focus their attention to detail towards public and commercial spaces, rendering them vacant and decaying. Think of the establishing outdoor shots in 28 Days Later; think of the dilapidated supermarkets and convenience stores of Fallout 3; think of the ravaged city squares of Enslaved: Odyssey to the West.

Photographer Brian Ulrich may or may not have drawn from these references when he created his series of photographs, Dark Stores, but his work undoubtedly shares with them in a foreboding quietness and haunting beauty.