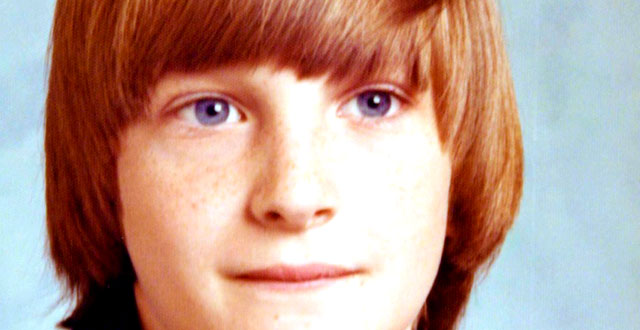 Only a teenager, Mark Turmell started collecting $10,000 in monthly royalty checks for Sneakers, an early shooter for the Apple II. That early success vaulted Turmell, along with other young game designers, into the wild world of early-’80s videogames. Turmell is best known for his work at Midway, where he ushered popular arcade titles like Smash TV, NBA Jam, and NFL Blitz to success. We talked to Turmell, now a senior creative director at Electronic Arts, about his early success, being a childhood pyromaniac, and getting invited to Steve Wozniak’s wedding.

It’s funny—my first game came out 31 years ago on the Apple II, before they had floppy disks. I was there for Pong and arcades and eventually did Atari VCS cartridges too. I was working with David Crane [creator of Pitfall] and then did coin-op games before landing at EA. The idea of this interview—of what happened before videogames—didn’t apply to me.

One story—I made this game called Sneakers for the Apple II, and worked 20 hours a day. I was a weird kid. So I got this invitation to attend [Apple co-founder] Steve Wozniak’s wedding, and he was a hardware guy with Steve Jobs. I was thinking, “Why was I invited?” I’m at this wedding and he comes up to me, and explains that he’d had a small Cessna accident. While he was in the hospital, they brought him an Apple II and Sneakers was the game he played over and over. He wanted to invite people that were making this Apple community vibrant.

Oh, also, Bill Gates came up to me and said he’d started a small company and, of course, I turned him down to develop on Atari cartridges. At the time, Activision was going through the roof with River Raid. There were only a handful of people doing this. So I blew off Bill Gates!

My dad worked for Chevrolet and my mom was a homemaker. He was a middle-management kind of guy. I remember convincing them to buy the computer for me around 1979. That’s when computers first began to come out, and the price on my little Apple II with a cassette computer and no monitor was $1,400.

Elmer. We were good buddies. From an early age, we started playing poker at 13 or 14. There were these cash poker games. We’d do everything for cash—Yahtzee, everything. I’m not sure if that was normal, but we were really focused on that.

I was afraid to go into the basement. It was a normal basement with TV and carpeting, but I was afraid to go down there. I always feared someone would grab me. My dad would close the door. That was a recurring fear. Interestingly, all of the early game development I did was in that basement. That’s where I’d go to make these games and work.

I wanted to own an NBA franchise. I thought I could pull that off. Back in the day, the teams were only a couple million bucks. When I was making money as a little kid, I thought that was attainable. Then the NBA skyrocketed in value.

What was the first award that you won?

Bowling trophies! I was a big bowler. I won bowling championships. My picture was in the paper with little article about me rolling a 224.

They wanted me to be a lawyer, but when I started getting those $10,000-a-month checks at 15 or so, those kinds of conversations ended.

I was super-shy as a child. I went to college early, at 15 or 16, so I missed out on high-school dates and homecoming. I never went to one high-school dance, and was so focused on computers and this videogame thing, so I missed out on everything. I moved to California when I was 18 or 19 years old. I never had a girlfriend, and was really shy and naïve. I moved out there a kid, but luckily there were other young programmers who were geeky kids.

Four square. Ironically, I use Foursquare.

What was your least-favorite childhood game?

Yeah. I was really a pyromaniac. My buddy Elmer and I would walk through autumn, and we had matches. We’d flick matches into the leaves and then walk away for a certain amount of time before we’d turn around. Then we’d have to run back and put it out. We’d do this in the middle of the night, and we were always starting fires. I loved fire, so it’s ironic that the announcer for NBA Jam said, “He’s on fire.”

This interview has been edited for content and length. As told to Jamin Warren.