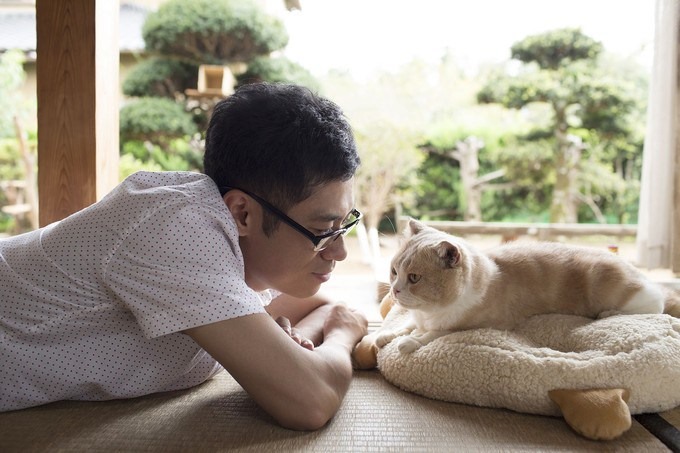 Neko Atsume (2014), the beloved cat game for smartphones, is being turned into a live-action movie. Meow indeed. That means it’ll feature real cats—proper little fluffballs that deserve all the strokes—so perhaps it stands a chance at being the best videogame-to-movie adaptation (not that it would take much).

AMG Entertainment are the people doing the world this favor, however, they only announced the movie for Japanese audiences for the time being. That said, the game was only available in Japan at first, before its popularity transcended language barriers and sent us all into a cat-feeding frenzy. The movie will be titled Neko Atsume no Ie (House of Neko Atsume) and has a proper story line and everything (that has been handily translated by Siliconera).

I’ve got to see what live-action Tubbs looks like

It follows an award-winning author called Katsu Sakumoto who moves to a quieter part of Japan to help overcome his severe writer’s block. One day, in his new lodgings, he sees a cat and attempts to make friends with it, but the cat rejects his invitation. “The thought that even cats would desert Katsu made things more depressing for the writer,” reads the description, according to Siliconera‘s translation.

However, one night, Sakumoto decides to leave some food out at the corner of the garden. Come morning, the food has gone, prompting Sakumoto to continue leaving food out in order to get friendly with the cat. Given that, in the game, you leave food and toys out to attract a range of different cats (including ones that wear costumes) to your house, you can probably have a good guess as to where the film goes from there.

But if you are able to get to a Japanese theater in 2017 then you won’t need to guess—you can watch the film for yourself. Hopefully global demand for the movie will mean it comes to other parts of the world. I hope so—I’ve got to see what live-action Tubbs looks like. Though, it should probably be noted, this isn’t the first time Neko Atsume has collided with real-life cats: last year there was an 11-hour livestream of “Real-Life Neko Atsume” for Google’s Games Week. Even if, somehow, the movie turns out bad, at least we still have that.

Neko Atsume no Ie is coming to Japanese theaters in 2017. Find out more on its website.