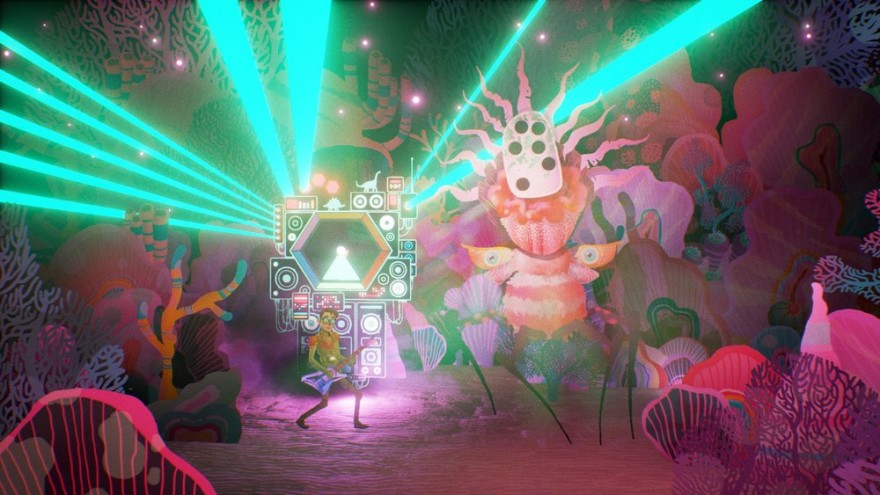 The weight of artistic expectations, particularly in the era of peak content and endless aggregation, can be crushing. A story about the next big thing and why you should care (what to expect when expecting an album?) lurks around every corner. While some reactions to this scenario are better than others, no sane person can be expected to react with utter nonchalance. This question of how an artist responds to these pressures is both the text and subtext of The Artful Escape of Francis Vendetti.

Let’s start with the former. Developed by Beethoven & Dinosaurs, The Artful Escape follows Francis Vendetti, a young folk singer who goes on the lam a few hours before his first concert. The triggering event, it appears, is the sight of his father’s name—also a folk singer—on a promotional poster. Other issues may well linger below the surface, but this is the moment at which Francis snaps. He goes off in search of himself and what Beethoven & Dinosaurs describes as “a multidimensional journey to create his stage persona.” Drugs are involved, as are a number of hallucinations and psychedelic landscapes.

The Artful Escape of Francis Vendetti, like its protagonist, has yet to make its first full public showing. At present, Beethoven & Dinosaurs has only released a trailer and announced that the game will be going to Kickstarter on March 1, 2016. The trailer’s a pure delight, filled with stunning vistas, bright colour combinations, and curious bits of dialogue. It’s a lot to look forward to, but it’s also all just promise for now. This is the videogame equivalent of a poster announcing Francis Vendetti’s first concert. If it took a psychedelic trip through the woods to get to that first public appearance, that wouldn’t necessarily be the worst of outcomes, but here’s hoping the game proceeds more smoothly than its namesake.

You can find out more about The Artful Escape of Francis Vendetti on its website.