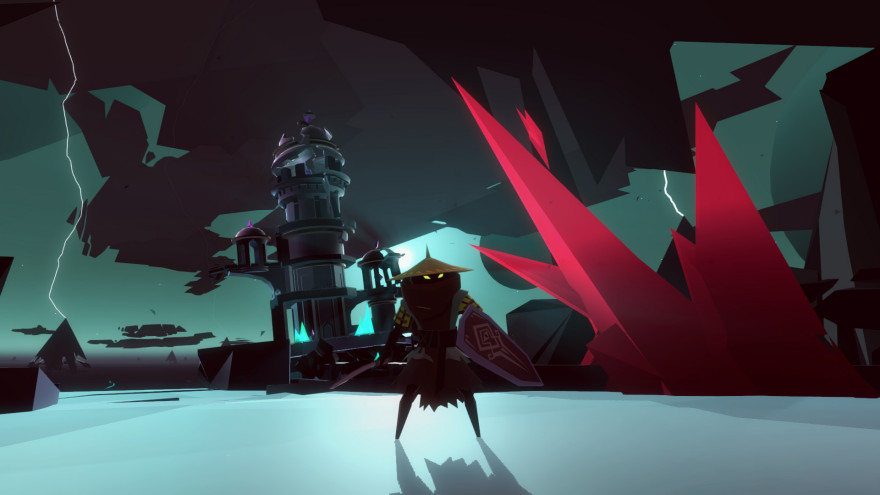 Last time we mentioned Necropolis, the gawp-worthy dungeon crawler wasn’t much more than a few entrancing gifs and a promise to sate our unending thirst for procedurally generated, spooky fantasy. Now there’s a set date at which you can start your death tally. Oh yes, Necropolis will release on March 17th, with pre-orders opening today.

And a set release date isn’t all that Necropolis has gotten since we looked away—it also appears to have grown a sense of humor. Made by Harebrained Schemes, the creators of the Shadowrun games, Necropolis is a game about exploring a very dangerous tomb and getting killed a lot by awful monsters. With that sort of premise, the temptation to embrace grimdark self-seriousness (as Shadowrun Returns is occasionally guilty of doing) must have been enormous. Instead, we got this piece of dance magic over the summer:

Harebrained Schemes also announced that players won’t be biting the dust alone. Necropolis will be playable with up to four people. This actually fits pretty cleanly into the game’s narrative; the titular super-structure relies on the life force of freshly murdered adventurers to keep operating, and by operating I mean continue to kill adventurers. It would make sense that the more life force you can pour in at once, the better for the Necropolis.

There are details that I dearly want expanded on, such as the ecology at work in the Necropolis. Harebrained Schemes has stated that a predator/prey hierarchy totally exists within the dungeon, but the specifics there have always been vague. Gemeaters, presumably, eat gems, but what eats the Gemeaters? Still, seeing a fantasy game so absolutely swole with style has been enough to keep me highly interested in Necropolis. Even divorced from its Dark Souls-inspired combat, funkadelic music and Pixar-minimalist art style, there’s a lot to like.

In a recent press release for the game, studio manager Mitch Gitelman claimed “If you think hanging out with your friends and whacking on monsters sounds fun, this is the game for you.” If there are any people in the house who hate their friends and think monsters should go un-whacked, it’s probably best you show yourselves out.

You can find out more about Necropolis on its website.