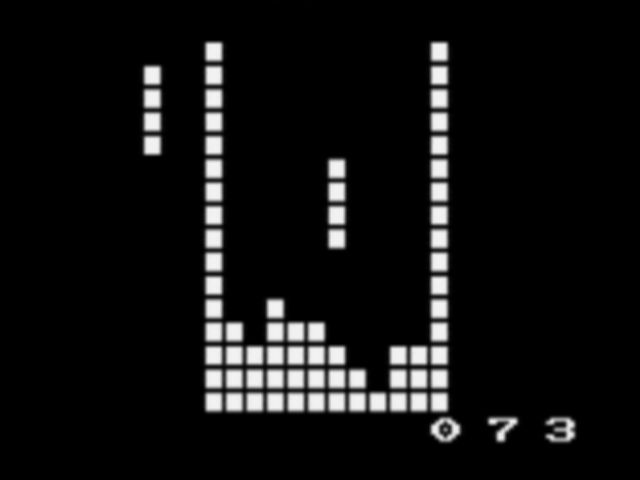 We were jealous of the younger kids in the one-to-one ward, because they had a PlayStation. It didn’t have the best games, but it had Micro Machines and Tomb Raider and it was better than what we had. Over in the general adolescent ward we had a Mega Drive with two controllers, in a small room kept locked with three chairs and one double-glazed window. There was a limited selection of games: Sonic, Ecco, Jurassic Park. My favourite, Bio-hazard Battle, I played curled up on a square, plump chair, with a boy two years younger than me and mostly recovered. It was an addictive, twitchy, side-scrolling bullet hell game where you controlled biological ships that fought the strange, new, malevolent forms of life that had invaded the planet, and hunted for different weapons that would help you eradicate the world’s new sickness. In retrospect, it seems sort of obvious.

Mortal Kombat was the game I played on my own. That was the game that I first remember igniting the debate about violence in video games. I was glad that the controversy hadn’t reached our ward, or that the staff had chosen to ignore it. I picked up the habit of asking for the games room to be opened after school, some days, and spending half an hour beating Sub-Zero and Scorpion into a bloody pulp, savoring (FINISH HIM) that moment just before the final blow where you could, if you wanted, hold back. I never did.

It is seven years now since I put a new mark on my body. I don’t remember which lines I left the last time I held a blade to my skin and pushed down and drew blood. Many of my scars have a time and a place – this one in the woods at lunchtime, that one the day they said I should take some time off school, this one the day I couldn’t get into the games room. Others are blanks that run together. A map of me, on me, where roads I don’t recall walking are laid out still on my skin.

In a quiet room with a blade, it’s only ever yourself you’re trying to beat.

In hospital you learn not to number your scars or describe your weight with actual figures. They watch for these things. They tell you off for competing. But of course, you’re just trying to find out what the leaderboard looks like, and whether your personal best is good enough, bad enough. In a quiet room with a blade, it’s only ever yourself you’re trying to beat.

Before I went into hospital I played Tetris for hours on my parents’ computer. Eventually I played it for so long that the high score went round to the bottom again and I finally finished with -28,000 or so points. In the end it was pointless. The work never stopped. Minesweeper, on its hardest level, that was better: you could win. You could try to win. There was hope, vague hope that if you were just good enough you could beat it and get a little smiley face.

For more than a year I lived with a woman whom I thought I loved, and who pretended to care about me. I bought a PS2 on credit I didn’t have and lost myself in Final Fantasy games for hour upon hour upon hour. We moved in together. I bought Morrowind and delved deeply into dark Dwemer ruins, searching for the tools I needed to break a heart. Later, much later, in my final year of university, after I was rejected from both the postgraduate courses I want to take, I discovered a natural aptitude for Guitar Hero 2. Bright flashing confusion came towards me on a big screen and I sorted it into sound with my bare hands. I was 5-starring Free Bird on Expert as I failed to move to Oxford to start a publishing career.

At 15, in an adult ward on constant observation, at lunch I hid a metal knife up my sleeve. I carried it around for a time waiting not to be watched in the bathroom, the toilet, the shower; a flat metal bar against the tendons on the inside of my right wrist. At 23 I was Altair, an assassin with a blade strapped hidden to my arm, springloaded. I hid from the guards. I took wound after wound but did not stop fighting. I regenerated. I lept wildly from towers and did not die. In real life I moved out of the house I shared with my boyfriend, had shared for more than a year, to sleep on the sofas of friends. I snuck back in to take my Xbox 360 so I could carry on climbing impossible buildings to gain new sight and falling from great heights and landing safely, while I jumped from a long relationship into a new house, a new job, a new life.

A year later, I was in Newcastle six hours by train away from all my friends, training to be a journalist, not self-harming. I was writing shorthand, learning media law, tramping the streets of a strange city searching for stories to tell, not self-harming. Every night I went home to a tiny room where I ate roast vegetables or stir fry and played one single puzzle of Portal and did not self-harm. Every night I solved one thing neatly and did not self-harm. When I could not sleep I loaded up Fallout 3 and wandered through destroyed Washington amid the ruins of buildings and found hope, sprouting, amidst the abundant ruin and I did not self-harm. I found things to do to make the wasteland more bearable and I did not self-harm. When my boyfriend visited and took my Xbox away, so I could get the train home for the last time three weeks later, I wrote out each day as a series of quests to fulfill. Sometimes each hour, at the worst.

In the end, I did not break. My skin stayed unbroken. He bought me Rock Band 2 for Christmas and that eased me back, safely, home. The next year, the day after our wedding, we bought a PS3 and ate Burger King breakfast in the mall. On our honeymoon, we alternated long walks with games: Assassin’s Creed 2 for me, Uncharted 2 for him, Little Big Planet together, where we are both lions and we run holding hands. My longest quest did not come with achievement points, or a leaderboard. The leaderboards are lies, in any case. I am better off with cake.