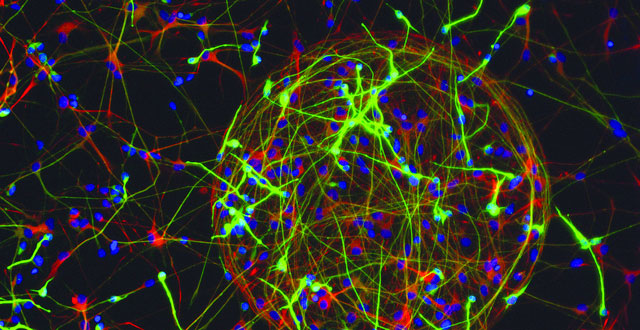 I had a feeling this past week, one that I hoped I wouldn’t experience for a long time (if ever). The word “worry” by itself doesn’t express its depth, so we’ll call it “I Don’t Know Where You Are, You Might Be Dead, And I Have No Way To Contact You.” My significant other was on vacation in Mexico, ferried out to an island, staying at a hotel with no telephone or cellular reception. I also forgot to write down the number of her flight. For over a day, I didn’t know if her flight had landed, if she’d found the ferry, or if she’d made it to her hotel safely. It was an irrational fear, I can admit, one that perhaps many won’t ever feel unless they’ve been poisoned, slowly over the course of their lives, by a mother (the sensitive type) who feels all the moments in-between when you walk out her door and come running home to her.

What I came to realize is that I have, in fact, experienced this terrible emotion once before—not in the course of “real life,” but while playing a glacial-time strategy videogame called Neptune’s Pride. But I’m getting ahead of myself.

1)    Games are measured by the hours of pleasure they provide;
2)    Games are valued for addictive qualities;
3)    Parents fear games;
4)    We all play way too many games in college;
5)    And an overdose (playing too long without food or sleep) can kill you.

What strikes me is that Rohrer ignored what, to me, is the closest actual connection between games and drugs: they’re both mood (de)stabilizers. This latter connection is explored thoroughly in Nicole Lazzaro’s 2004 market survey, “Why We Play Games: Four Keys to More Emotion Without Story.” The third key is what interests us; named “Altered States” (no relation to the film), it identifies ludic features that generate emotion through “perception, thought, behavior, and other people.” Most of the internal states monitored by Lazarro are unsurprising: fear, surprise, disgust, fiero (triumph), schadenfreude (cold blood), and wonder. This list seems to cover the majority of what we feel while playing survival horror, puzzle games, shooting and fighting e-sports, and adventure games.

Fear, disgust, and occasional boredom seem to be okay, but we presumably don’t want anything to do with true ennui, abject terror, or the sickness unto death. Is this actually the case, though?

What always keeps me coming back to this survey, though, is the identification of two fairly culturally-specific emotions: naches and kvell. These two Yiddish words describe what we stereotypically identify as the driving feelings in Jewish mothers—naches is the pride we feel at the accomplishment of our children, kvell the pleasure that comes from sharing this accomplishment with others. The traditional cultural obsession with these two emotions is the reason that Jewish children (myself included) often feel pressured to pursue a career in medicine or law, professions that presumably insure the accumulation of wealth, public service, and social pride of place.

Any son or daughter of a Jewish mother can tell you that there’s a dark side to naches—namely, the feeling that I described in the introduction: soul-crushing fear that something bad might happen to one’s child (or anyone else in one’s care, for that matter), cutting off a potential lifetime’s worth of naches. We should broaden our scope now; surely all parents and lovers feel naches and kvell, we Hebrews simply claim to feel them the deepest, because we invented the damn words and we’re allowed to do whatever we want with them. (Okay? Okay.) Lazarro’s point is that we as players also feel naches and kvell when playing sims, god games, and strategy games. What she ignores, however, is that dark side.

If we look at the “negative” emotions listed by Lazarro, we see that they’re of the fast-burning type. She even asserts that we accept them during the course of play in order to feel their almost-immediate purification in the form of relief, progress, success. Fear, disgust, and occasional boredom seem to be okay, but we presumably don’t want anything to do with true ennui, abject terror, or the sickness unto death. Is this actually the case, though? One of the first things I learned while studying game design under Ian Bogost was that these emotions can and should be used expressively by game designers (ennui is Bogost’s specialty). And recently we’ve seen a few highly publicized cases of players modifying their own personal rule sets—doing iron, hardcore, or permadeath runs in difficult videogames—in order to amplify potential negative emotions and the resulting cathartic load.

Until this week, I thought that I hated Neptune’s Pride for creating this deep sense of worry. Now I realize that it may be the game’s primary expressive power. Let me explain. This is a game that you enter into with a group of three to 12 in a galaxy ranging in size from 36 to 384 colonizable star systems. You build centers of commerce, research facilities, and war factories on these systems, the cost of each build determined by a system’s unique mix of natural resources. The war factories produce ships, fleets of which can be directed to colonize unclaimed systems or assault one’s enemies. And your enemies are everyone else playing. You can trade tech advancements (weapon strength, ship speed, ship range, and scanning range) with other players and arrange peace pacts, but there is no in-game system for the enforcement of permanent alliances.

The initial expansion and building phase of any game of Neptune’s Pride is basically a solved problem. Once you’ve played the game, you’ll know exactly where to send your ships and what to build on any given star system. You’ll learn that the best way to develop all your tech is to enter into an exclusive tech-trading scheme with three other players. All of this sounds like standard strategy fare, and it is. Dominant strategies would be easy to follow if the game proceeded at, say, StarCraft‘s or even Galcon‘s pace. But it doesn’t. To get from one star system to another, with default ship speed, takes roughly a day. This pace changes everything, because it becomes much more likely that people are playing on wildly divergent schedules.

Anticipating an encroaching battle (two hours away, say) while invading enemy territory, you might not be able to get a hold of a trading ally for a needed boost in weapons or speed. So you message an ally’s enemy for a faster trade. Misunderstandings and betrayals on a Shakespearean scale occur.

But I ended up setting alarms not just for when I knew my fleets would arrive at their destinations, but also halfway through them. I didn’t sleep more than three hours at a time for two weeks.

Add to this the fact that one’s visual penetration of the fog of war in Neptune’s Pride is extremely limited—usually only six hours’ traveling distance past the longest flight your current engines will permit—and you’ve got a recipe for almost constant worry. Charting a course, you commit your ships to an irremediable journey. It will almost always be too late to send help if an enemy fleet creeps out of the darkness and toward the same destination. You kiss them goodbye and hope for the best. This situation, repeated a hundred times over, crushed my soul. People tell you that you can check in once a day, that this is the beauty of the game’s speed. But I ended up setting alarms not just for when I knew my fleets would arrive at their destinations, but also halfway through them. I didn’t sleep more than three hours at a time for two weeks.

I could only tolerate those two weeks of Neptune’s Pride and its deep feelings, though it lasted much longer for other players—perhaps not letting the game get to you is the most important skill. I eliminated my closest rival, a pathetically small feeling of naches in comparison to the long dark hours of despair; then I quit. My colonies were taken over by an oppressively stupid AI, as easily gobbled up by my enemies as one imagines an abandoned child would be. Sometimes the only difference between a game and a real-life system of rules is that we enter into the former voluntarily. And thank God for that, because the emotions they stir in us can feel goddamn indistinguishable.