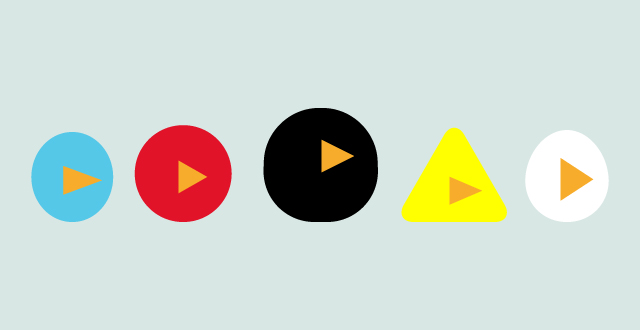 What follows is my attempt to understand the widespread popularity of a mobile videogame called Angry Birds. I don’t play games, but this past summer I became bed-ridden, unable to read or listen to music. Jamin Brophy-Warren, this publication’s president, happened to be taking care of my less printable complications. One sleepless night I finally broke down, took up his suggestion, and gave the whole videogame thing a shot. Angry Birds seemed to dominate every possible category of the iTunes App Store at the time. Tens of thousands of five-star ratings, caps-lock endorsements, that kind of thing. Not unlike dealing with Harry Potter or Taylor Swift, I felt it my civic duty to engage with Angry Birds, to “get” Angry Birds, to make some smart joke about Angry Birds in the company of strangers.

This is a trajectory or “artillery” game. Using your finger and a slingshot catapult, you launch birds of various sizes, colors, skill sets, and degrees of anger into precariously built structures where evil green pigs are hiding. From what I understand, the pigs have stolen the birds’ eggs. Some of the bigger pigs sport thick mustaches and head protection, though on the whole they seem more aloof than conspiratorial. You’re trying to kill the pigs, either by hitting them directly with your birds, or by collapsing the structure in such a way that the rubble does them in.

Sometimes you’re looking to crumple a building to its left side, so a blue bird, which splits itself into three smaller birds, is a good bet because it decentralizes the impact. A black bird, which self-detonates, is useful for cleaning off building debris if you need to get at a pig who’s really dug himself in. The white birds have egg bombs, which explode upon impact. There is your standard-issue red bird, which has no special feature; but in later levels, there is a super-sized version of the red bird, which has the force of a wrecking ball. There are other birds with more complicated functions too. Either way, you have no choice which bird you get to use. The kind, number, and launch sequence have already been determined for you in each puzzle. It was a smart variable to eliminate. As I got better, I developed a sense of whether or not I had any chance of beating a level by the success of my first shot. The level-restart button, I should mention, is less than an inch away from the slingshot. Smart placement of the restart button.

Everything moves in this game. Properly speaking: Every “object” has a wide array of “behaviors.” Building materials—stone, wood, ice—have different degrees of destructibility. The buildings topple over slowly, or break instantly, depending on the strength and angle of attack. Even the slingshot mechanism can handle a remarkable amount of direction and strength detail based on one small flick of the finger. You can also launch the birds backward, away from the pigs, off the screen—wherever you want, basically wasting a bird. Because the controls are so precise, and because every object has so many moving parts, it’s difficult to make the same shot twice. Sometimes this was infuriating, like when I tried to re-enact my victory in level 2-11: three pigs, one black bird. Second time around, I just couldn’t find the sweet spot. It reminds me of the death of a fantasy: As a child, I believed that by pointing at red lights, I could somehow turn them green.

That said, I find myself unable to get “angry” at this game, or frustrated. Common emotions of my Nintendo days. There are no tricks I have to learn, or quirks of game control, or hidden combos I need to find in GamePro. No cartridges to blow on, so to speak. Each puzzle’s logic is self-contained and self-manifest. Here are your birds, here’s your slingshot. Kill the pigs. You have to be responsible and economical with your attacks. But you can also take your time. It feels a lot like putting golf balls, or installing wall shelves. You can drink a beer in between shots, for instance, or take an important phone call. The birds are angry but never impatient. The flipside? If you can’t beat a level, you have no one to blame but yourself.

About responsibility. One could argue that the entire videogame industry is predicated on our desire to avoid real-world responsibility, and on our willingness to seek out distractions. Most of us are wasteful and inefficient versions of the people we would like to be. And yet the successful Angry Birds player must be careful about his resources, rationing and strategizing his every move. When I beat levels with six pigs to kill but only one bird to slingshot, I feel like MacGyver, Al Gore, and Mother Theresa all at once. Debt collectors and schoolteachers could stand to learn from Angry Birds. If only I could launch, via slingshot, my college loan payments….

And about MacGyver. I’m not the only person to have noticed the game’s suicide-bomber vibe. These birds are angry because, as mentioned above, the green pigs have stolen their eggs. It’s unclear from the introductory cinematic how far the eggs were in the gestation period, whether the pigs ate chicks or hard boils, if the eggs were served with an ironic side of bacon, and so on. But either way: These birds are so angry, they are willing to die in battle. No bird launched into the pigs will come out alive. No eggs, of course, are ever returned. There is no practical reason for the birds to wage this war. It is about justice, ideology. At stake is the Principle of Not Stealing Birds’ Eggs. The Principle is more important to the birds than their very own lives. Think about that the next time you’re playing—sitting in the handicap stall of your company’s bathroom, tracing fingers over your phone until the thing is too hot to hold onto.