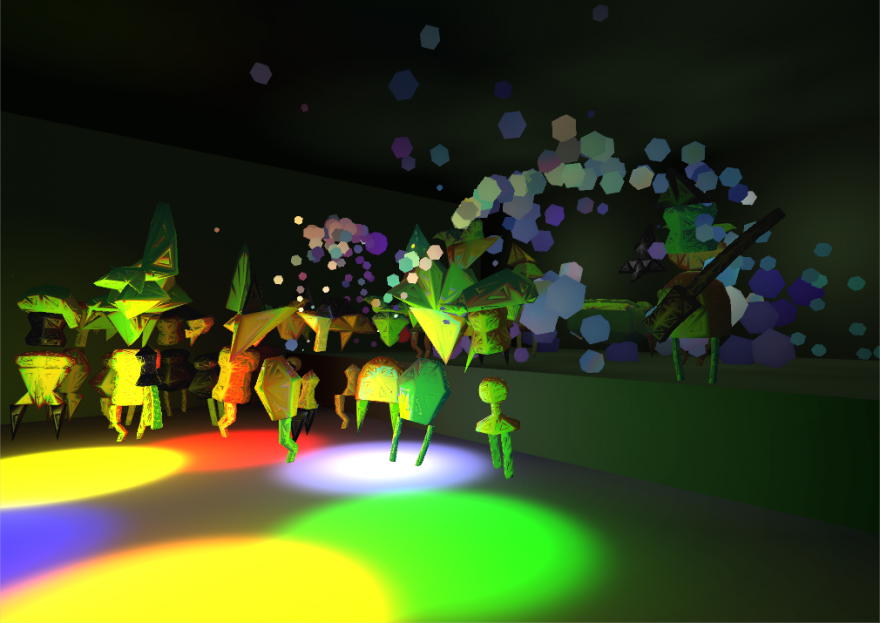 Everyone shuffles in, somehow looking both non-committal and excited. The space is tight-knight, vaguely dingy, and hot from all the breaths and bodies. People are talking, but not real talk—at most, small talk, to diffuse the tension of waiting. Then, the lights go black and everything stops for one full second.

Whether the lights come back on only to reveal a pouty mouthed Justin Bieber, or the pasty faces of Neutral Milk Hotel, the ritual is just the same. Like-minded (sometimes even like-looking) people huddle around a stage, thrashing their limbs in synchronization to a rhythm they know by heart. No matter the genre, venue, or city, a concert is a concert. Ever since the first drum was invented, we’ve implicitly understood what going to a concert means, and what the value of turning a whole bunch of individuals into one pulsating mass can be.

No matter the genre, venue, or city, a concert is a concert

In the procedurally generated soundscape of Now Playing, you flit from concert to concert hall as an observer, peeking into the private ceremonies of many different communities. Bright signs advertise such bands as “Technical Buttcore” and “Womb Lover”—a band whose first album I imagine being titled something along the lines of “Fetus Child.” Walking outside the concert halls, you catch snippets of each self-contained world that lies beyond the hallway entrance. A few stragglers remain here also as ghostly and indecisive observers just like yourself. They resemble some variation of a geometric potato person: all sharp angles and soft skin textures.

Though the bands play procedurally generated music, each scene possesses its own unique soundscape and atmosphere. “Trashpop,” for example, prefers higher pitched tones with repeating phrases. Upon entering the venue, you learn that Trashpop also enjoys colorful palettes, and a fountain of perpetually spewing neon bubbles. It’s a regular Katy Perry concert (sans Left Shark), and the crowd is jittery with excitement. On the other side, a band called Kvlt Goat defines rowdiness, with an atmosphere more conducive to a ritual sacrifice than live music, all scored by a low and angry electronic chanting. Still other rooms take on a more intimate approach that forgoes the stage and allows the audience and performer to blend in as one. I imagine these are the jazz musicians, always breaking the barriers between the music and its conduits.

breaking the barriers between the music and its conduits

Despite the foreignness of Now Playing‘s world—featuring seizing potato people and neon pixel fountains—you’ll have no difficulty intuiting what to do when the music reaches your ears. The colors, sounds, and pyrotechnics might change from room to room, but the ritual remains the same. Live music serves as an invitation. At first, you may only feel comfortable in the back, away from the fully engaged crowd of thrashing limbs. Eventually, you can’t help lose track of yourself, both visually and figuratively. You become part of a crowd, part of something bigger, whether you want to or not.

Now Playing was created in 48 hours by Nathan Ray as part of Punk Jam. You can play it for free on your browser here.