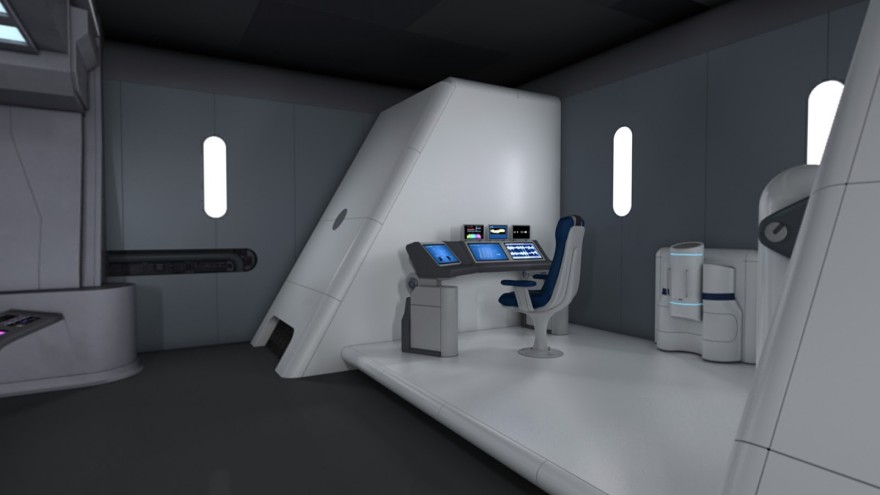 In January 1957, J.G. Ballard first published his story “The Concentration City” (then under a different title) in a magazine called New Worlds. It takes place in a city that spans the entire universe, where streets stretch out both horizontally and vertically, with lifts and levels expanding the city infinitely in every direction. Talk of real estate doesn’t just involve two-dimensional plots of land, but is priced and measured in cubic feet, so that even the air you breathe costs money. The biggest threat to life in this city is terrorists called “pyros,” the embodiment of a violent human impulse that seeks to explode order to replace it with a kind of meaningful chaos (a recurring motif in much of Ballard’s work).

“The Concentration City” doesn’t turn out to be the most elegant story by a writer with a career like Ballard’s. Is “The Concentration City” a perfect name for a story? Nope. Is a world where every cubic foot of free space has a price a great metaphor for the ceaseless onslaught of capitalism? It’s a little heavy-handed. Does it take a huge imaginative leap to invent a world with streets numbered in the millions, rather than the hundreds? Meh.

truth about the logic behind contemporary life

Still, it is animated by some spark, of a kind that all good science fiction has. It isn’t compelling because it strikes you as an accurate prediction of our future, but because it conveys in surrealistic terms some truth about the logic behind contemporary life. We don’t expect that the future of humanity will involve a universe-sized city, but we relate to the feeling of extreme claustrophobia, of the slow simmer of anxiety underlying city life, of the frightening velocity sensed in creeping urban sprawl.

This spark is mostly missing from Prominence, a recent point-and click-adventure game from independent developers Digital Media Workshop. Prominence suffers from an unfortunate dearth of vision, both in terms of its genre and its story—especially unfortunate because science fiction has always been about, if nothing else, vision. Sci-fi often resorts heavily to tropes of inner and outer exploration; it wrangles with politics and promises of utopia; and from the outset, it demands that its readers, viewers, or players confront something unknown or (pardon the pun) alien. You can find some of that in Prominence if you look very hard, but the sad fact of the matter is, the game makes these questions mostly incidental and roundly refuses to elaborate on them as you play. (It’s tough to demonstrate this point without getting into some story spoilers, so if you’re still interested in playing Prominence, you might skip the next two paragraphs.)

And this isn’t for a lack of opportunities either. As I see it, Prominence’s story passes on two great chances to weigh in on a genre-defining question that science fiction has been preoccupied with for decades: the possibilities of artificial intelligence. For starters, it’s confirmed in a fairly predictable twist about a third of the way through the game that your character is actually a medical droid that was temporarily incapacitated in the solar event that forced your crew to evacuate the ship. ANNIE, your HAL-like partner that leads you through the game, notes that the solar event has caused some changes that are allowing you independent thought. However it happens, the idea that a humanoid machine could become self-aware and act both rationally and emotionally is fun to spend some time with. But the game pretty much just skips past it, only giving you one shot at exercising your independence toward the end of the game. The game’s exploration of this issue ends up looking pretty much like this: you find out you’re an android, and now you’re imbued with higher cognitive powers. Cool story.

Then there’s ANNIE, the artificial intelligence of the ship’s central computer. You could see the fingerprints of 2001: A Space Odyssey on this aspect of Prominence even if it hadn’t already been noted that the developers drew influence from Arthur C. Clarke for the game. But where HAL gets elevated to the ultimate coldly rational thinking machine—one that counts human nature as frivolous, sentimental, and dangerous—ANNIE never develops into anything terribly interesting. ANNIE mostly guides the player through her objectives, commenting on the player’s impressive new capabilities and only lightly questioning the player if she takes her single opportunity to act against ANNIE’s will.

The question of vision less troubling where it concerns genre, since Prominence is deliberately old school in its design, a throwback to classic point-and-click adventure games like Myst. Your invisible avatar can look around in discrete three-dimensional scenes, searching for items to interact with or tools to use for later, and then you can click in one of a few different directions that will lead you to the next space. The shot of nostalgia isn’t necessarily unwelcome. The problem, however, is that Prominence is very content sticking to its old-fashioned guns, and as a result, playing it feels stale. Outfitting a game in retro-style is all fine and good provided you can deliver an exciting experience (see Downwell), but if the game design doesn’t feel at least a little fresh, you’re going to need some good storytelling to carry you through.

Which brings me back to the bigger issue: the story of Prominence just isn’t there. It’s fairly anemic—short on any meaningful conflict and maintaining too little inertia to keep the player motivated. If there’s any kind of motivation to speak of, it extends only from pursuing your objective (just roughly outlined for your character) to save an interplanetary mission and its marooned crew. While that may sound like something, it’s also a little too familiar, and it all takes place within a story-world so sparse that it fails to gain any traction.

To a significant extent, this is true because the story literally isn’t there. Much like the decision of the Destiny developers to post all of that game’s lore and story resources online and nowhere in the game, Prominence developer Digital Media Workshop has been releasing a set of prologue materials on their website to provide players with more context on their story-world. The gesture is appreciated, but it’s not doing Prominence any real favors, as you can’t help but feel like it all should have been in the game in the first place. As it stands, the in-game narrative is desperately thin, and all of its tricky and sometimes cool puzzles can’t do much to redeem it.

Still, with these materials and in one place in the game you’re given some significant insight into a fictional world that might actually sustain life. You’re told the story of the Letarri, a culture of planet-hoppers constantly on the run from their former imperial overlords, the Rynan Collective. In a final attempt to free themselves of any threat of Rynan domination, the Letarri send a mission of highly qualified engineers and scientists to start a colony on a distant planet and prepare the colony for the rest of the population. When your character wakes up in the game, the mission has gone south, and all of your crewmates are gone.

You gradually gather some of the details concerning your more immediate circumstances by exploring the ship, sifting through emails and audio files ripped from cameras. About half of the time though, you’re just reading or listening to communications related to day-to-day operations, material that you can sometimes later use to help you advance through the game. Here and there you’ll pick up information that helps you make sense of the broader story arc, but again, most of what you can expect to get in game is disappointingly weak. With only one real exception (some keyword searching in “Data Archives”), you’ll have to head outside the game to find anything substantial.

In the end, Prominence isn’t so much a failure as it is a missed opportunity. With a narrative background about an oppressed people struggling to free themselves by pushing the limits of science and technology, the story is set up for success. But unfortunately, those possibilities are rarely explored in Prominence itself, making for a rather sterile narrative experience with sleek sci-fi surroundings.