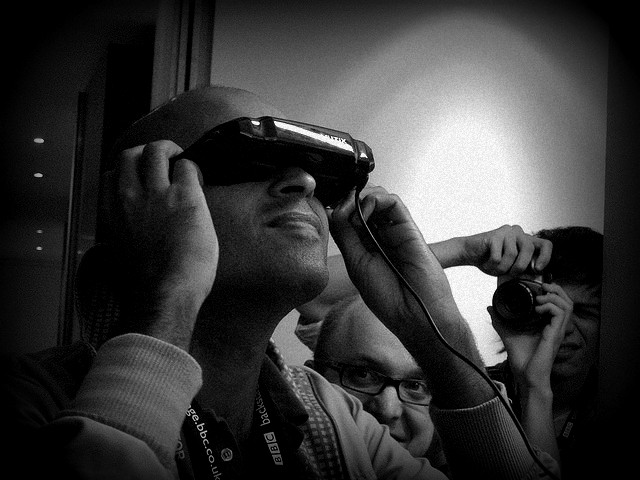 Power has a funny effect on the human mind. History is positively filthy with powerful leaders who turned into total jerks or went paranoid after the power went to their heads. Apparently, superpowers are a different story entirely.

Discovery recently posted about research done at Stanford’s Virtual Human Interaction Lab, which showed a strong, positive correlation between experiencing flight in virtual reality and being willing to help someone in need in real life.

“For the study, 30 female participants and 30 male participants were immersed in a foggy virtual reality city and given the power of flight — like Superman — or the experience of riding as a passenger in a helicopter. Those groups were then assigned one of two tasks: help find a missing diabetic child in desperate need of an insulin injection or leisurely tour their virtual environment. Therefore, the study was a two-by-two design, with participants assigned to one of four groups.”

The experience is described as being “intense” and something that “stays with you” long after the simulation is over, which means they have far better toys than the VR games I played in the mid-90s at DisneyQuest. But I digress:

“After their VR experience, participants were taken out of their head-mounted-display masks and asked to have a seat. While the experimenter fumbled with the VR equipment, she “accidentally” knocked over a cup of 15 pens sitting on a table near the participant’s chair.”

The results were surprising – no matter what group they were assigned to, the folks who experienced flight were more likely to help the harried researcher pick up the pens. Being exposed to the VR “helper” scenario (the lost child) didn’t make much of a difference; it was specifically the flying that encouraged the positive behavior.

“”The hypothesis we have is that the power of flight, and then whatever unconscious decisions went along with that, in terms of priming or the experience of power, overrode whatever else might have gone on with acting heroic,” Rosenberg said. Rosenberg and colleagues theorized that the participants who were given the ability of flight were likely primed and conditioned by concepts and prototypes commonly associated with superheroes in pop culture. In fact, the findings somewhat resembled the origin stories of many a superhero.”

Games for social change folks, take heed. Instilling a sense of power – real power, not just the destructive power of killing the crap out of things – might encourage those feelings of empathy we talked about last week.

If I may, I’ve long believed that the source of 90% of the apathy in the world is due to a sense of powerlessness, not a genuine lack of caring for one’s proverbial fellow man. It’s the overwhelming sense that nothing you do – picking up pens, giving change to a homeless person, signing a petition on twitter, etc. – will make a damn difference.

Games and virtual worlds can do a lot to alleviate this – and with Oculus Rift right around the corner, even the intense VR experience from the Stanford experiment will be possible to emulate for larger audiences.