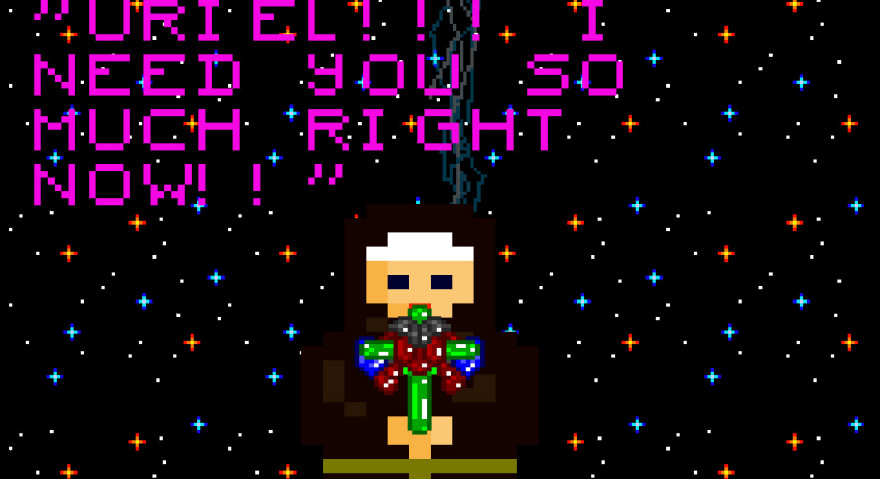 Also, when the songs aren’t firing on all cylinders, late Swans can feel a bit like homework—stentorian bandleader Michael Gira isn’t the most dynamic presence on the mic, and the arrangements on their longer tracks often collapse into the hit-everything cacophony of bored band members switching instruments.

RAILSLAVEGAMES’ Uriel’s Chasm nods to the deviant madness of early Swans while roping in former member and no-wave goddess Jarboe (she of The Path soundtrack and collaborations with everyone from sludge titans Neurosis to Godflesh shoegaze spin-off Jesu) for voiceover work. What, exactly, Jarboe will be narrating is left unclear by the information available on the game. If you can reconcile “the Unlicensed Bible game that should have been buried in the desert is back !!” and “Ancient Hebrew storytelling techniques of Allegory and Typology” with what looks like a fairly comprehensible bullet-hell shooter, let me know.

Or maybe, in an appropriately Swans-esque fashion, my mind simply cannot accept the awesome insanity of Uriel’s Chasm at face value, and rebels to save itself. Take a look below.

NB: there will also be a “pulsing keytar soundtrack.”