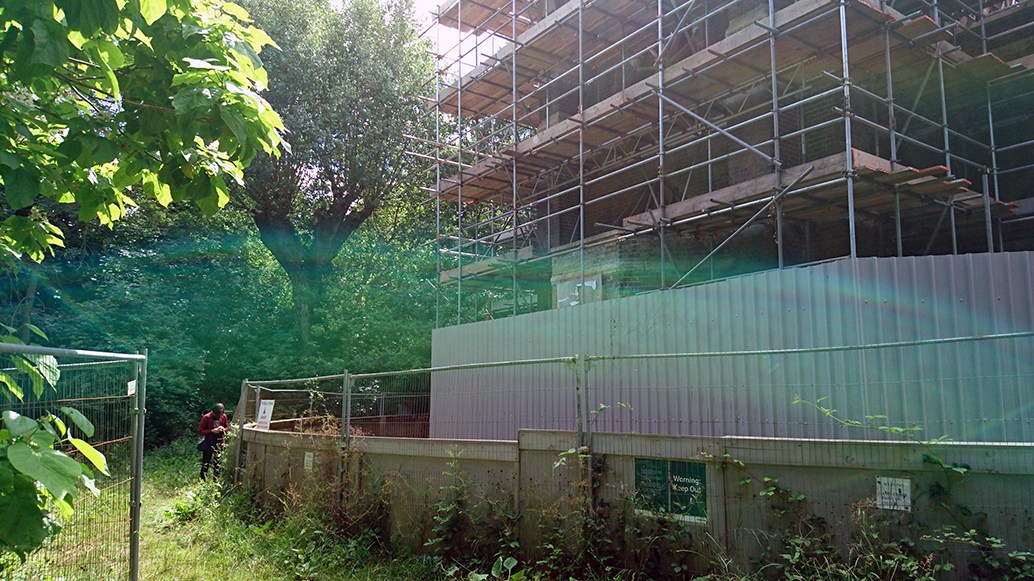 I remember the first time I saw Abney Park chapel. I was already in a state of wonder, having discovered that behind a busy high street, not 10 minutes from my flat, a vast forested cemetery lay silent—cut through with dappled paths, lined with ancient graves. But on top of that, to discover the chapel with its derelict spire, its empty rose window and sprigs of green that grew between bricks and tiles and stone, was to enter another world entirely. Elegant and abandoned, Abney Park chapel seemed to be a rare ruin in London’s busy landscape. To come across it without knowing it was there was a rare pleasure, a discovery from childhood fantasy, an adventure from when the world was big.

So, when on launching Pokémon Go for the first time, I discovered that Abney Park chapel was a gym, with a huge Golbat glowering atop its spire, I couldn’t help but smile. Transformed by this digital overlay, the graveyard would become a dungeon, its winding and confusing paths a potential set of trials for the adventurous trainer. The chapel would make the perfect centerpiece, a dramatic setting for the deciding battle. It was hard not to imagine Abney Park redrawn in the crisp pixel art of Pokémon Red or Blue (1996), or perhaps the utopic colors of the animated TV series. Both had provided rich backdrops for imaginary adventures during my childhood, and the idea that a child now might wander into Abney Park, aiming to conquer the chapel gym, and discover the winding paths, the ancient graves, the dappled ways that appear like paths to other worlds, felt like a wonderful realization of those childhood dreams.

I don’t imagine for a second that I am the only one to have these thoughts. The huge and still escalating popularity and impact of Pokémon Go demonstrates that, for me and others of my generation, this is an actualization of a powerful and long-held fantasy.