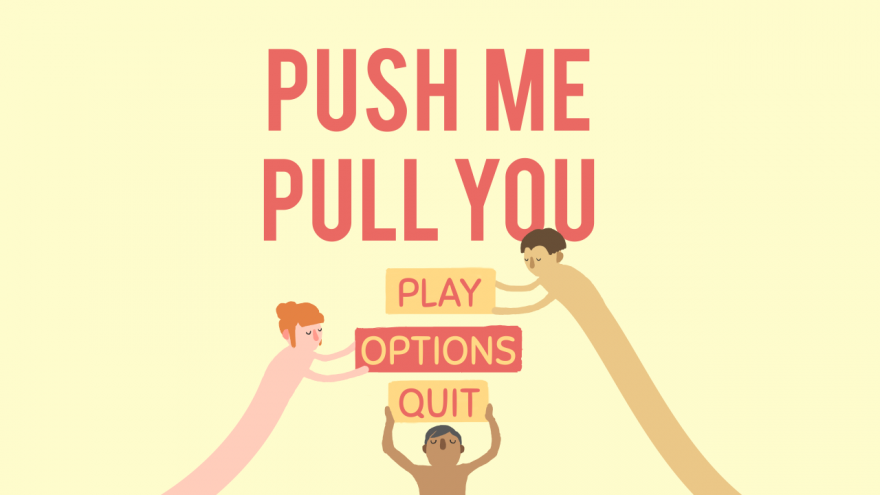 Spending time in menus and load screens is often tedious. It can be a time of annoyance and bored Twitter refreshing. Except when it doesn’t have to be. In a blog post from House House, the creators of the recently released competitive game Push Me Pull You, the team described their different approach for the user interface (UI) design of their game’s menus. Instead of a bland menu, House House dreamed of a practically designed UI—one that exists within its own little world. Menus that can even serve as a time for careful reflection, rather than boredom, between the quick wrestling matches of Push Me Pull You.

“We didn’t want our menus’ design to be an afterthought,” writes Nico Disseldorp, one member of the four-man development team behind Push Me Pull You, in the blog update. “We saw them as part of the game itself, and wanted it to feel that way.” In the design for Push Me Pull You’s menu, Disseldorp, alongside fellow game makers Michael McMaster, Stuart Gillespie-Cook, and Jacob Strasser, had two primary goals: to show off their worm-like characters more, and accentuate their snake-like curves to tie separate menu screens together. 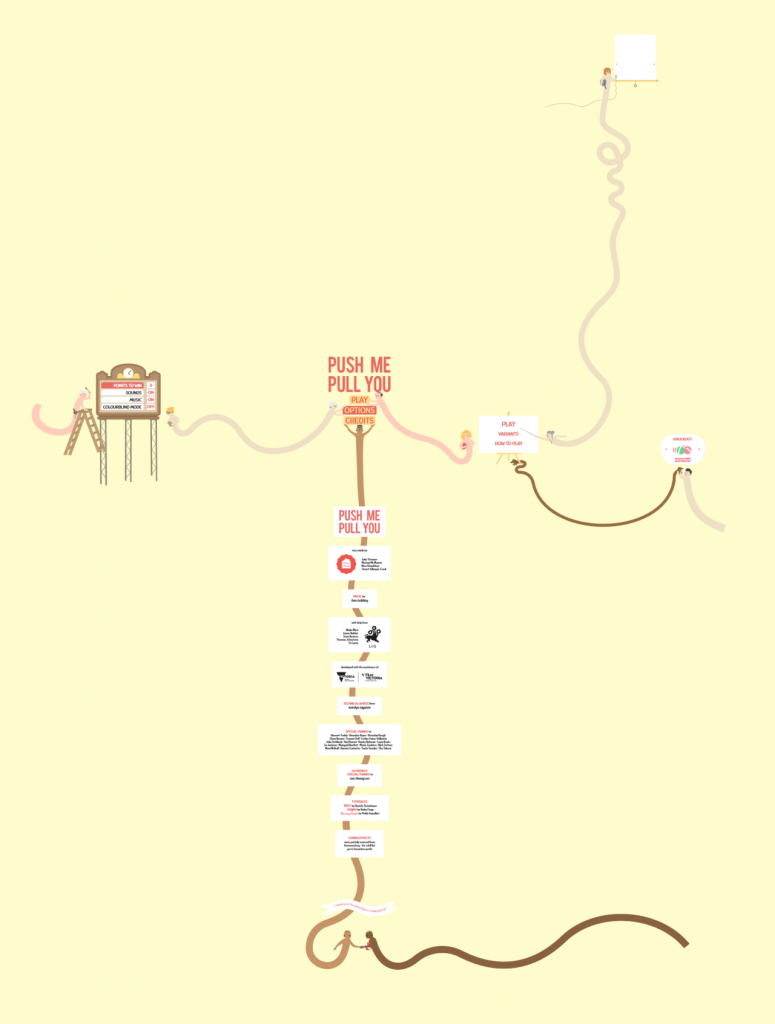 House House initially found inspiration for their menus from another recent indie title, last year’s subway-designing game Mini Metro (2015). In Mini Metro‘s main menu, each station along a train track represents a different option, and creates a sense of continuity in looking nearly straight out of an actual level from the game itself. “We felt like our characters’ big bodies could do something similar, and make a winding path that physically drew the menu’s progression,” writes Disseldorp of Mini Metro’s inspirational approach.

“We didn’t want our menus’ design to be an afterthought”

The menus serving an aesthetically continuous purpose wasn’t the sole goal for the team—all the menu’s inhabitants had to act dynamically as well. That means the camera must follow a characters’ body to each separate screen, no bodies must cross paths, and each character must have equal body lengths. With all these rules in place, a UI World is established. And as with all newly established worlds, new music must exist.

“We aren’t the first people to use a [music] system like this, but we might be among the first to make one with so much variety solely for a game’s menu,” writes Disseldorp of the new music composed for each menu scene. The idea was initially pitched to composer Dan Golding half-jokingly (or half-seriously, Disseldorp can’t recall precisely). Golding ran with the idea, writing nearly a dozen dynamic tracks for the menu exclusively. Around six ended up in the final menu design. “All the credit here goes to Dan, who went above and beyond to find the best way to make all this work musically,” writes Disseldorp. “Thanks to him, UI World feels like one consistent piece, but each screen feels like it’s own song.”