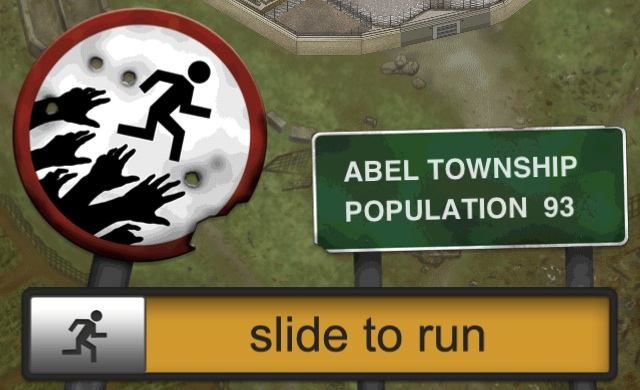 I have always been a relatively skinny dude. I could eat as much as I wanted and retain a certain slimness, something I’ve appreciated but also taken advantage of over the years. As I grew, I ate frozen pizzas, Hot Pockets, and fast food most days for lunch and dinner. I drank a lot of sodas. I lived a mostly sedentary lifestyle. Healthy living was simply not my thing, and as far as I was concerned, it didn’t need to be. I felt a certain amount of invincibility, especially toward concerns like diabetes and heart disease. I wasn’t old or fat, so I ate. And ate. And microwaved. And ate.

But I also aged. As I reached the age of 25, I began to see my habits catching up with me. I felt lethargic, I got sick a lot, and worst of all, I discovered a slight paunch where a flat stomach used to be. This was unacceptable. I made an attempt to watch my portions more closely and to take the stairs, two pathetically passive attempts at losing weight. I have been, admittedly, bad at this.

So when I saw a Kickstarter listing for a downloadable iPhone and Android app called Zombies, Run!—which would simulate the experience of running from actual zombies in an effort to motivate the user to run more, and faster—I opted in almost immediately. Not only did the app sound interesting, but buying into the idea represented a down payment on my future health: I could now say that I was making progress. I hung out, continued to eat horrible food, and pretended to look forward to that fateful day when the running app to end all running apps would arrive and I would finally start taking care of myself.

The idea behind Zombies, Run! is relatively simple: Select and start a mission, start running, and listen as actors begin spouting exposition and barking orders to you, an in-game character called Runner 5. You’re told you have recovered from a crashed helicopter that was meant to deliver aid to the township. Instead, you are given the opportunity to pay back your new community by running, recovering supplies from various places, and bringing them back to the town. Your dispatcher speaks of several previous runners who went before you, but manages to sound sad enough that you worry about him instead of yourself. After a few lengthy minutes of talk, the app plays a song from your custom playlist. Once the song ends, the story continues, giving you urgent reasons to run, places to explore, or people to rendezvous with. Then, another song. The result is a spattering of narrative motivation shoved unceremoniously between songs that may or may not have anything to do with the horror or tension of a zombie attack.

Yet it works. The narrative smartly embraces a serial drama that places us within a township, living our day-to-day lives in a world rife with zombies. The fictional stakes cause running to feel even more urgent. But rather than each run being the main event, the game is structured as a series of small dramas: an introductory tour is cut short when the dispatcher finds his long-lost love among the zombies; the doors to the township become stuck for mysterious reasons; and conflict arises between various dispatchers. In the meantime, songs are treated as songs, not as parts of a soundtrack; they are what actual runners might listen to as they jog across a zombie-infested landscape picking up supplies. Depending on the player’s taste, the songs may or may be a perfect fit: Everything from Tanlines’ Mixed Emotions feels entirely too joyful, while David Bazan’s album-length wrestling match with a seemingly nonexistent god adds spiritual stakes to an ungodly zombie attack. Still, even when songs seem completely mismatched for the mood of the story event, they always fit the fiction of an everyday jog.

I discovered a slight paunch where a flat stomach used to be. This was unacceptable.

It’s advisable to keep mood-setting in mind as you put together your playlist for running along with Zombies, Run!. Most other videogames show your avatar; a particular setting built by individuals who spent a large amount of time dreaming it up; and enemies that clearly want to kill you. In Zombies, Run! those things are all for you to generate. The success of the app relies on your own ability to imagine that the world being portrayed is the world in which you exist, if only for the 30 minutes it takes to finish a mission. Without a mental buy-in to the narrative, it’s easy for the app to become an annoyance: a guy talking into your ear between songs. At that point it’s as if you’re stuck with an over-excited physical trainer.

The app also has a relatively barebones approach to interaction—the audio continues unabated, no matter what the runner does. It is possible to walk the entire 30 minutes, while being assured that you are narrowly escaping zombies. The only truly interactive feature is off by default: the “zombie attack,” which announces at random during the mission that a swarm of zombies is catching up and insists you pick up the pace, measuring your speed by GPS. If you don’t, you lose valuable supplies until the zombies are evaded.

None of these features on its own provides the kind of complete world that we are used to getting from videogames. Zombies, Run! must be approached with an investment in the drama, committing the imagination in a way that can be genuinely chilling and affecting. For instance, in my first mission, I was being given a hurried tour of the outer township, exploring an abandoned hospital, an old water tower, and an empty city. Just after the dispatcher informed me that I was coming up on the city, Kanye West’s “All of the Lights” kicked in as I reached a busy street at night, confronted with actual city lights. I imagined those lights flickering as the people in the cars slowly began to change. All of the lights darkened in my mind to represent danger. When the song ended, I was running at full speed back toward my house, heart racing.

Unless we love running to begin with, however, we only start pushing ourselves to exercise and eat smaller portions because we sense what will be lost if we don’t. Maybe we realize we will die earlier if we aren’t healthy, or we fear becoming overweight. For me, the stakes were more raised by a change in relationship status: I became single. After that, exercising mattered. Eating well mattered.

Of course, in the midst of the run, tiring myself out and feeling unable to keep up the pace, I can convince myself to put off the real work until another day. Just for today, I tell myself, I’ll walk. That’s where Zombies, Run! kicks in to let me know that zombies are on my tail, and I finally work up a sweat. My mind jumbles thoughts of evading the undead, attracting a girlfriend, living a long life, collecting supplies for a dystopian township, getting sick less. It’s a potent combination of mental play that causes real emotions to bleed into fiction—which we expect from novels and television shows. Most importantly, it’s the kind of jumble that makes us stop, think about our lives, and consider making a change. At least for that moment, when we’re desperate for an escape.