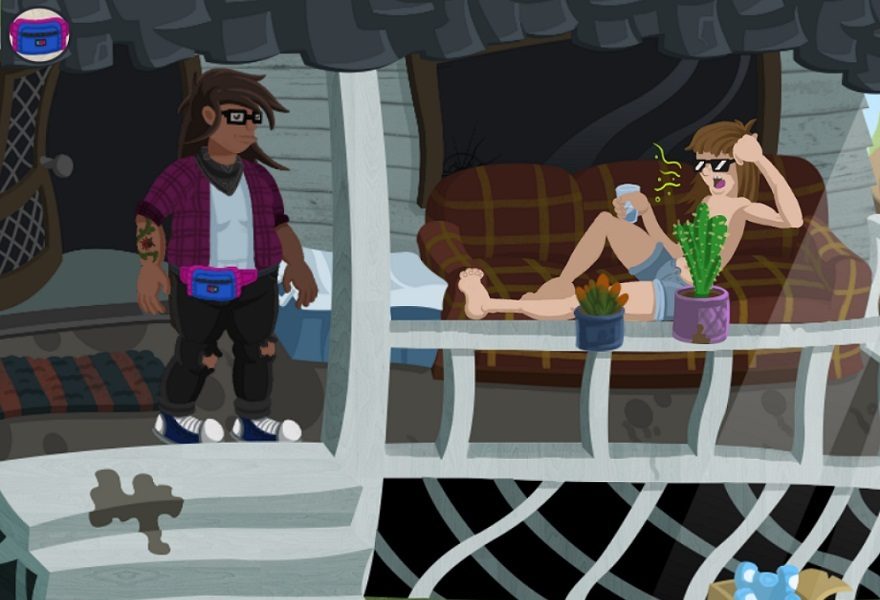 The kidnapped girlfriend is a well-worn trope, sure. But Queer Quest: All in a Gay’s Work is an upcoming game that takes this cliché and does something fresh with it, exploring not only how it affects the main character, but the community at large.

In the Kickstarter description for Queer Quest, it says you must help Lupe find her kidnapped girlfriend Alexis by “deciphering clues, talking to lovable weirdos, and navigating self care.” The first two parts of that description are what’s expected of a point-and-click adventure game, but the last isn’t.

“how a community deals with tragedy”

I asked Mo Cohen, the programmer and writer behind Queer Quest, about why self care was such an important part of the game. “I realized the importance of self care during the aftermath of the Pulse shootings,” she explained. “When the shootings happened, half of me was spiraled in grief and the other half was taking notes. I was taking notes about how friends and strangers were responding and handling their grief. And the community’s response was self care and to hold each other up.”

She then turned to the specifics of what this looks like within Queer Quest, saying, “Lots of games deal with the kidnapped femme trope, but so few of them explore how fucking awful that would feel. Lupe happens to approach self care similarly to how I do, by helping other people. Also sometimes by just laying on the ground and staring at the sky. Or by talking to friends about feelings, or talking to friends about anything-but-feelings, or by smoking weed or by drinking (not all self care is harmless).”

For Mo, focusing on this self care was absolutely necessary for showing what is so beautiful about the queer community. This is also explored through the vibrant cast of characters, including people (and a dog) who love things like butts, zines, fast food, 90s dance parties, and tarot. Videogames that are explicitly “queer as fuck” like Queer Quest, have the opportunity to show a queer community, rather than just a single queer character, and in doing so can show how varied the people in these communities actually are. Although the setup may seem like the story is about Lupe, almost all the puzzles seem to center around other characters, showing that this is really, as Mo says, a game about “how a community deals with tragedy” rather than a single person.

Queer Quest is obviously inspired by some of the classics of the point-and-click genre. Mo herself describes it as “a really gay Monkey Island (1990), meets a feminist Leisure Suit Larry (1987).” But it’s also inspired by the work of other queer folks, such as Anna Anthropy and Midboss, the team behind Read Only Memories (2015). Queer Quest is another entry into the burgeoning landscape of queer games, and with any luck, others will soon be naming it as their inspiration too.

You can check out Queer Quest on Kickstarter. 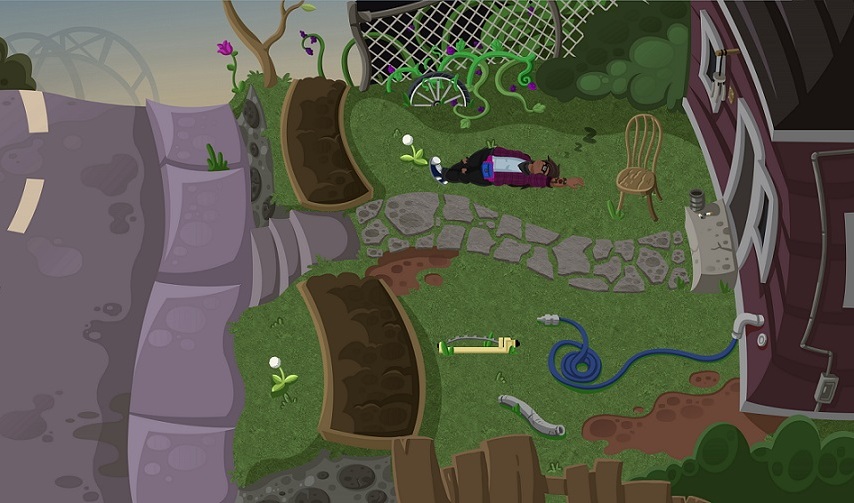