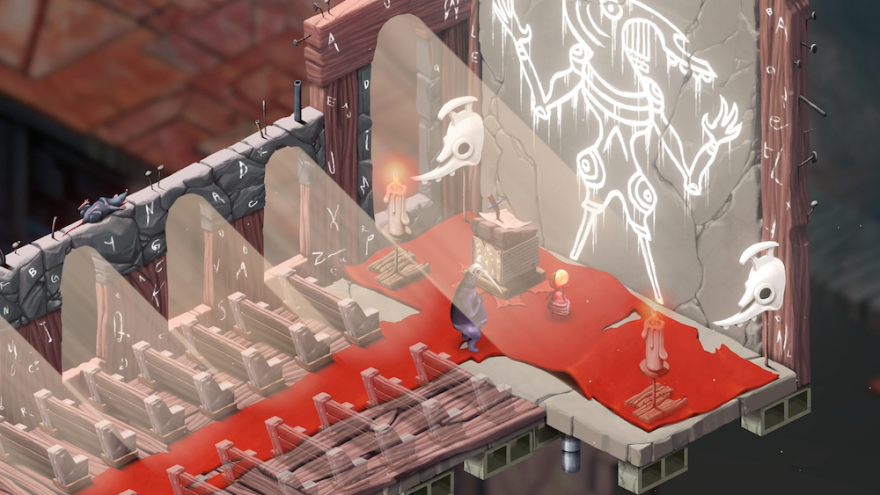 Ignorance is bliss, or so the clichés say. It’s true that there’s a certain appeal to that innocence, but we as a society have decided that proverb is mostly bullshit, right? Knowledge, for lack of a better motivational poster, is power, and those who champion the cause of the opposite are generally suspected to have ulterior motives in mind.

That’s what makes Fahrenheit 451 (1953) such an enduringly captivating dystopia; that’s why shelves are built down into the ground in the streets of Berlin on the sites of book-burnings; that’s why modern-day arguments of censorship carry so much weight. We like knowing things. It reassures us of our ability to operate outside oppressive structures, to learn and discover and experiment for ourselves. Bliss can’t compare to that.

But like all classic battles, it could do with a little reinvigorating. Fahrenheit 451 loses impact after a few readings, and I’m sure you, like the rest of the world, are tired of hearing the word “censorship” thrown around by indignant Twitter eggs. Perhaps it’s time this grand tale got updated: what about a videogame?

This is where Quote, an upcoming action-RPG from English studio Vindit, enters the scene. It’s about a land that has been purged from knowledge in the name of the god of ignorance: Bliss. You play as one of Bliss’ priestesses, tasked with ascertaining that the world stays good and unenlightened, by “finding quotes, destroying books and bludgeoning the wise.” Your quest takes you far across this barren world to eradicate the bits of learning that defy all order to grow stubbornly up, like weeds.


That’s not all, of course: the priestess is accompanied by a ravenous bird creature that gobbles up of the knowledge it can find, and she’ll spend much of the game brawling and burning—which in this world may well be a normal priestly activity. The art style—surprise surprise!—looks straight out of a book, with much inspiration being taken from those literary blasphemies (classic authors including Kurt Vonnegut, Ray Bradbury, Umberto Eco, and Aldous Huxley are mentioned) to construct the environment and extent of the world.

Most impressively, the first trailer shows early hints of what will end up being a fully-spoken narration of this tale, illustrating the brave fight of the god of ignorance against the heretics of knowledge and light. Funny. It sounds like something out of a book.