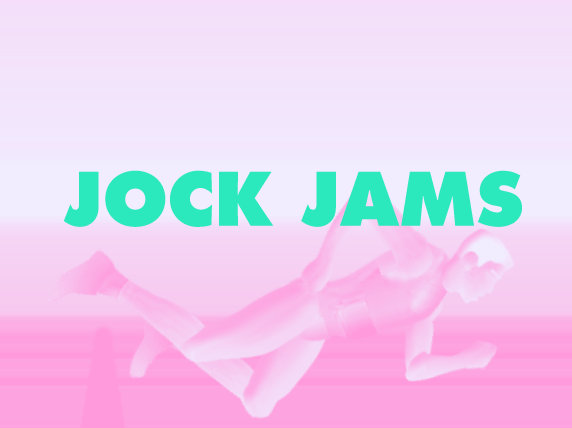 Stalking the halls at the Game Developer’s Conference 2013 this week gave me plenty of data to test against Bennett Foddy’s sharp talk on videogames’ failure to learn from the lessons that sports mastered thousands of years ago.  The expo floor is packed with games struggling to put themselves on display before the gaggles of in-the-flesh game devs thronging TV screens and controllers.

That means the awkwardness of putting people on the spot, making them play in front of an impromptu crowd, and the opportunity for humiliation if they turn out to be terrible at the game or if they get destroyed by another player.  Foddy pushed for videogames to embrace those tensions rather than coddle the player in the name of accessibility.

So what can Marshawn Lynch and LeBron James teach us about playing games?

But more about Bennett. When he isn’t designing games with quirky control schemes that draw attention to the complexity of controlling the avatar (like QWOP, GIRP and CLOP), Foddy is an Oxford philosopher. His central thesis yesterday was that people care more about sports than video games: from Little League to the Super Bowl, sports inspire levels of devotion that games rarely match.  Why are there soccer hooligans but not StarCraft hooligans?

The true heights of triumph can only be experienced after the agony of defeat.

Foddy argued for the value of performance, building a sense of occasion, embracing the audience, and allowing spectacular failures. He told developers, “All sports are heavily steeped in performance. Your actions within a sport convey meaning to an audience.  The presence of the audience in turn imparts meaning on your performance.” The takeaway? “You can make your game matter just by designing it to be performed.” Foddy and his Sportsfriends collaborators put that into practice with games like Doug Wilson’s J.S. Joust and Ramiro Corbetta’s Hokra.

While videogames have gotten markedly more accessible since the coin-gobbling heyday of the arcade era, Foddy noted, “There are ways in which sports are designed to bring out emotional and physical suffering to the maximum tolerable degree.”  Diminishing the difficulty of games has consequences: “[Game designers] avoid the chance that someone will be frustrated or humiliated, and thereby also miss the chance that someone feel proud or accomplished.”  The true heights of triumph can only be experienced after the agony of defeat.

But challenge is a delicate thing. Players won’t labor over punishing systems that they find unfair.  Games need integrity.  Foddy singled out some of the trends in free-to-play as part of the problem: “Pay-to-win is the videogame equivalent of match-fixing or doping in sports.”  But it’s not just the filthy money business that’s the problem.

Games with integrity have to treat their players seriously, and shy away from soul-crushing sludges of gameplay that don’t challenge players’ skill.  “Grinding is pay-to-win with another currency: time,” Foddy said.  The stakes are high if games don’t manage to get this right. Foddy warned, “If games don’t reward integrity, they’re destined to be disposable entertainment.”