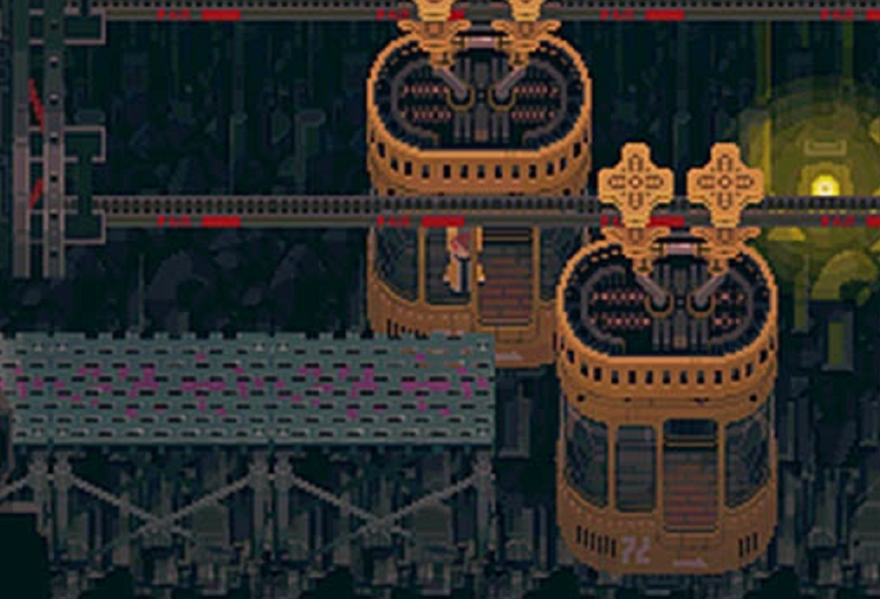 The intensely intimate, meticulously detailed cornucopia of beatific pixels which first surfaced circa 2012 is still progressing, slowly but surely, with a planned release sometime later this year (fingers crossed).

In a recent update, the game’s creator, 6e6e6e, discussed the array of challenges associated with building up and refining Radio the Universe’s environments. Visual progress like the kind reported last November might look straightforward enough, but it doesn’t come cheaply.

“I was busy constructing an imaginary transport line while a coastline froze over,” 6e6e6 wrote on the game’s Kickstarter page late last month. “These are healthy priorities. it only took two hours to draw and five hours to code, but sixteen hours to deal with collision throwing fits about objects traveling at sustained speeds. Somewhere out there is a physics engine that won’t cry about 500px/s.”

The saying, “Trees that are slow to grow bear the best fruit,” is most often attributed to the French writer Jean-Baptiste Poquelin, better known as Molière, and it’s hard to think of a recent videogame project that radiates that sentiment better than Radio the Universe.

The game was successfully crowd-funded in 2013 with 6e6e6e claiming the goal was to create “something beautiful, melancholy, and evocative…a game with personality. A game that can feel a bit ‘off.’” Billed as a blend of classic Zelda (1986) and dark science fiction, “challenging and atmospheric” with a “sinister, offbeat narrative,” Radio the Universe has always seemed like one of the few quixotic videogame Kickstarters (think Hyper Light Drifter and Rain World) worth appreciating in its own right. Only three years’ worth of project updates later and the end might finally be in sight.