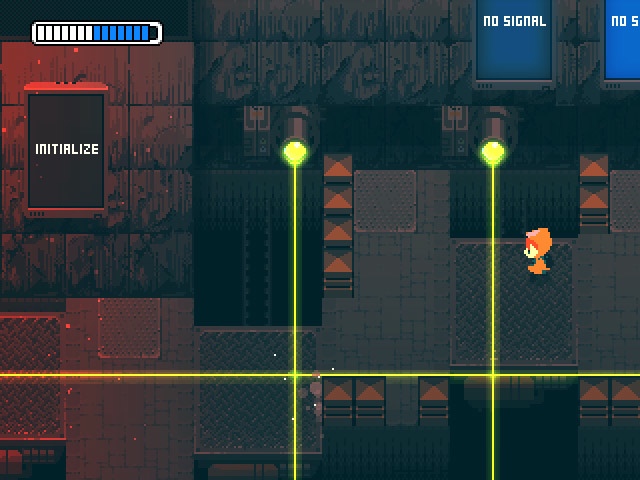 Remember Radio the Universe? It started popping up around the web in 2012, ran a successful Kickstarter at the end of that year, and has been surfacing here and there for the last three years with bits of art and minor updates.

It was among the first wave of smaller games that seemed invested in taking pixel art in a new direction—still rooted in the isometric simplicity of retro-style games, but with a ton of detail and fluidity in the environment and character movement. Think Hyper Light Drifter.

For Radio the Universe in particular, it was the elegant pixel art, gorgeous color palette, and strange, stony sci-fi realms that drew me into the project at first glance, even before Hyper Light Drifter captured everyone’s attention. I never forgot about you, Radio the Universe.

In a rare Kickstarter update, the creator of Radio the Universe (known as 6e6e6e) has posted some new before and after art, showing off the way the game has changed graphically. It’s clear how much care has gone into every digital brushstroke.

In one image, a train transforms from a bulky hunk of smooth green metal to an intricately crafted locomotive granted shape by its sharp grooves and indentations. In another image, a rigid electrical device of some kind becomes a layered and bustling collection of parts.


According to the update, most of the development time for Radio the Universe has gone into these graphical reworks and designing “later sets of areas” that include more moving parts.

See more Radio the Universe on its Kickstarter.