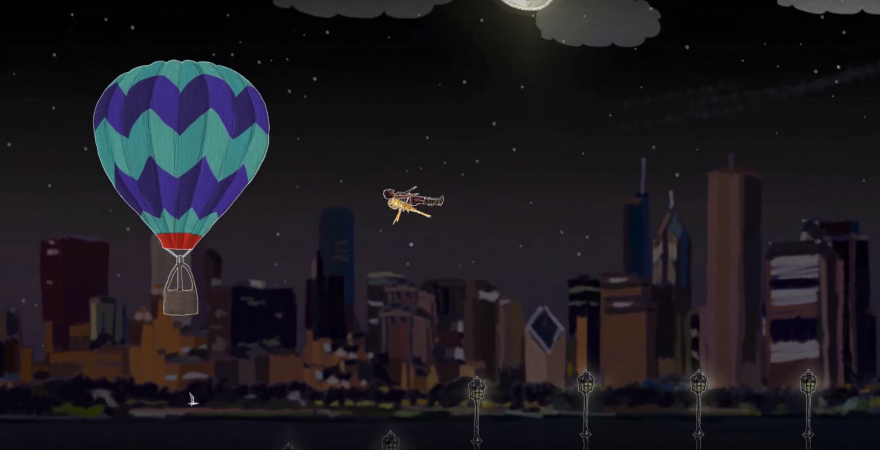 Flying a jetpack is hard in Piloteer. Comically hard. That makes your goal of convincing the people of Piloteer’s world that jetpacks are cool and safe and fun even harder—you have to actually land without injuring yourself first. Even if successful, this more often than not includes plenty of flailing around in the air, doing unintentional backflips, and almost face planting into every available surface before even beginning to orient yourself mid-air.

Piloteer debuted its humorous physics-based challenges first on iOS and Android, but it’s coming to PC, Mac, and Linux next. A new trailer reveals its desktop release date as September 25th.

The comedy of ragdoll physics exploded after games like QWOP and Happy Wheels made it a viable focal point, and it’s since taken off with games like Octodad, Surgeon Simulator, and now, Piloteer. This style of game’s ability to make even failure fun—or more importantly, funny—is what’s made it so popular.

Look out for Piloteer on Steam next week.