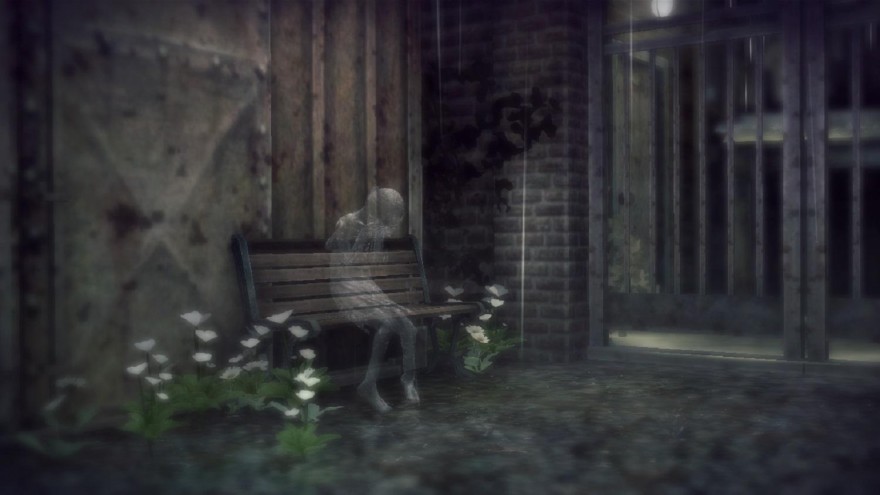 A defining moment in Drake’s career that rap critics like to pinpoint is his appearance in Rick Ross’s 2012 music video “Stay Schemin.” The impossibly handsome young Canadian delivered a line there that summed up his entire inexplicable presence at the top of the rap game: “Might look light, but we heavy though.” He looked like Legolas to Ross’s Gimli, and that was the point: you didn’t have to make up ridiculous stories about being a drug kingpin (as Ross had) to be a famous rapper anymore. You could just tell slightly more plausible stories about meeting girls and feeling sad about it.

The videogame industry has been searching for its Drake moment for a long time now—something to prove that interactive experiences, by their very nature, don’t have to be puerile ultraviolent fantasies. It almost got there with Journey, the only problem was that while the game attracted universal adulation it also drove its creator into bankruptcy instead of becoming the high-brow cash cow many hoped it would. Drake may have shown that he could still make millions by flexing his sensitivity muscles, but “art games” are still more like art house films: brilliant and often breathtaking, but commercially underappreciated.

Sony, as has been well-documented, is still doggedly supporting the arthouse crowd. First there was Papo & Yo, a simple and beautiful story about alcoholism and family abuse. Then came The Unfinished Swan, a game that was aesthetically so striking that it made up for any of its more mundane qualities. And now we arrive at Rain, the game I’m supposed to be reviewing right now but have so little to say about that I’m forced to wonder if maybe it’s just Rain itself that has nothing to say.

Rain is a story told entirely in archetypes. There is a boy and a girl. They’re separated, and the boy searches for the girl. There are monsters that occasionally put the two of them in danger. The bad guys are known only as “the unknown;” the fantasy world you’ve ventured into simply referred to as another world.

The boy is just the boy, and the girl is the girl. It’s like the studio mapped out the game one day on a whiteboard and never bothered connecting the dots.

A certain amount of ambiguity seems to be built into the game: the one thing it does interestingly, after all, is play with the visibility and invisibility of your characters. A defining trait of this other world filled with unknown entities is that everyone is invisible until they step into the titular downpour, which turns them into shimmering spectral entities.

The best parts of Rain are the ones that have the least to do with actually playing the game.

This aesthetic is mostly used in service of the game’s stealth system, which is unfortunate because the best parts of Rain are the ones that have the least to do with actually playing the game. The game’s world is mournful and charming at the same time, and Rain’s best moments come when you’re just walking down a damp street undisturbed, or in the quiet, awkward sensation of bumping into stray objects when trying to walk through a room guided only by the soft pat of your own footsteps.

But as a “stealth action game,” it’s ephemeral and illusory. Compared to recent games like The Last of Us and Outlast, Rain‘s stealth system feels like a gussied-up version of musical chairs. Most of the gameplay involves walking from one rain-shielding awning to the next to avoid one of the unknown that patrol Rain‘s cobblestone streets. As in horror games like Outlast or Amnesia, the boy in Rain has no weapons, only the ability to flee from his enemies. But since the boy disappears completely once he leaves the rain, escaping from the enemies is less a matter of hiding than simply dodging—no matter how close the unknown gets to the boy, they seem to forget he was ever there upon his disappearance. The game is about visibility, sure, but you have to think that characters who can’t be seen (and can’t see each other) would rely on some of their other senses to get around as well.

There are light puzzles and the occasional boost-one-person-up-to-lower-the-ladder moments, but the only skill Rain requires is timing. It’s pretty, sure, but there’s none of the visceral tension or emotional urgency of other stealth games. Rain‘s world is far too distant and abstract to give players anything like that. Hiding in a locker in Outlast and praying that the horrible zombie on the other side won’t sniff me out or guess I’m in there is one of the most terrifying things I’ve ever experienced. Hiding in a locker in Rain until the unknown walks away, in contrast, is an exercise in patience.

Rain is meant to feel precious, but it comes up toothless. And that’s my biggest worry with a game like this—the fact that Sony has taken the term “art game” to mean some glib collection of narrative tropes delivered in a whisper so soft it almost disguises the fact that there’s nothing really there. Rain is the grunge band everybody forgot about after Nirvana that got signed because record labels decided messy hair and flannel meant shitty musicians were playing by their own rules. Rain might look light, but that’s because it is light.