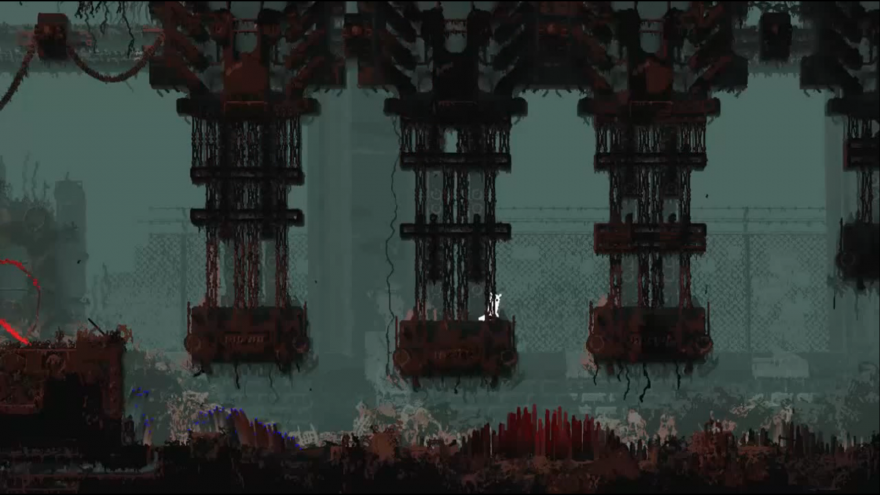 The names are bizarre enough alone, evocative of Roadside Picnic‘s hellish anomalies, but this isn’t the world of the Strugatsky brothers we’re talking about. It’s Rain World, the game that simultaneously has one of the cutest player characters and some of the weirdest and most sinister enemies I’ve seen in a while.

all manner of creepy in the world of slugcat

If you want a better look at what I’m talking about, check out the gallery of gifs the creators of Rain World just posted in a Kickstarter update, or head over to the post itself and view the short videos showcasing each thing individually.

The sharp contrast between Rain World‘s cute, at times cartoonish character Slugcat and the brutal violence brought on by its many horrors reminds me of Heart of Darkness, an often overlooked platformer from 1998. No relation to the Conrad novel, but worth a look if Rain World catches your eye.

For more on Rain World, head over to its Twitter.