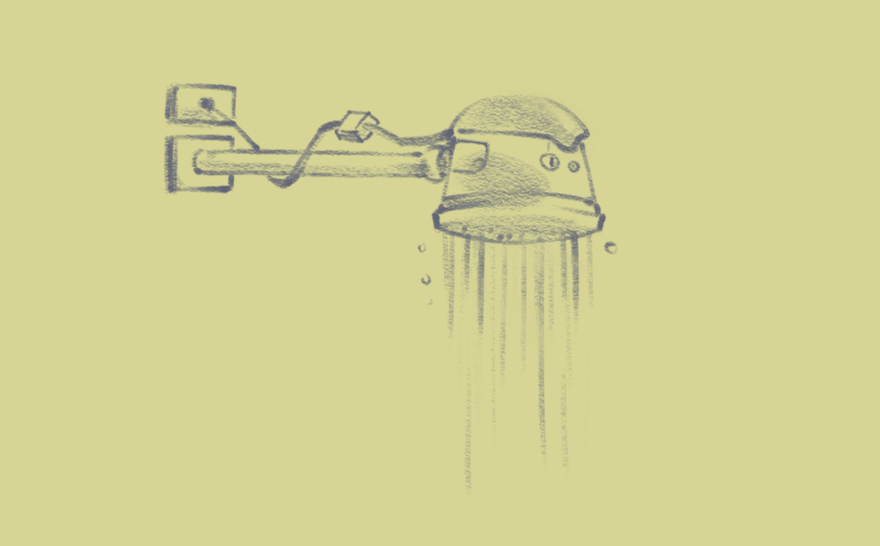 Rainy Day, a recent interactive narrative by Thais Weiller, is a quick and impactful glimpse of the paralyzing power of anxiety. It was born out of creative frustration when she moved from a design role to production, where she often stayed quiet about her own creative ideas so as not to disrupt the flow of her team. “I remember feeling as if I was silenced,” she said, “as if something was missing and I couldn’t say exactly what. Feeling that bad wasn’t particularly new to me a year back […] but feeling silenced was new.” She decided to try to cope with it in a medium that she felt comfortable with: games.

“people feel good in knowing that you’re not damaged goods”

Since she’s not a programmer, Weiller turned to Twine to tell her story. The game that grew out of it is anxiety-inducing but determinedly real, hitting a melancholy note of fruitlessness and frustration. Contributing to this feeling is her choice to blur text when the cursor is away, causing the choices to feel foggy and hesitant, and the ever-changing color of the background, which gets darker and harder to read as you progress. She says that player reaction was overwhelming, and justified her decision to post such a personal work, as people “feel good in knowing that you’re not alone in feeling like shit for long periods of time, that you’re not damaged goods.” The game doesn’t have any traditional happy endings, and that’s on purpose.

Above everything, Weiller said, was the feeling of guilt that she wanted to convey. Games have the unique opportunity to make you fail and take responsibility, which Weiller uses heavily in Rainy Day, as you try to get out of bed or make coffee or get dressed and find yourself incapable, over and over again. The inevitable feeling of resignation is one of the most powerful in Weiller’s own experience, and it can be translated to a game in a way not possible with film or writing. The effect is stark, as the game isn’t more than 10 minutes long but feels like it goes on for ages into the smaller and smaller concentric circles of depression.

In the end, what surprised Weiller the most was how many people cried while playing it. She doesn’t know if she should feel good or bad about that. “Just in case, I feel both,” she said.

Play Rainy Day over on itch.io.