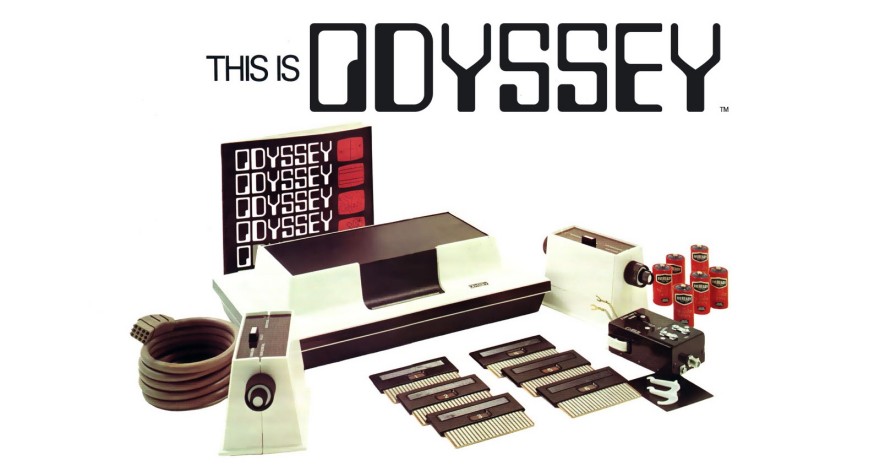 With the PS4 and Xbox One still in their infancy, and a new console war on the horizon, it helps to remember exactly where this [makes exaggerated circle with arms] all came from. Ralph Baer invented the original console, the Magnavox Odyssey way, back in the late 60’s. Before the NES, before the 2600, the Odyssey was the first commercial product that was a box that hooked up to your TV to allow you to play videogames. It’s the Mitochondrial Eve to whatever current black or white behemoth you have now. Here, Baer recalls how he got the idea for the first console:

I was in New York on business, sitting around for another engineer to come in and join me to go see a client, and the idea occurred to me, and I made some notes. When I went back to the office the next morning, I wrote this five-page paper.

This is 1966. I’m in a position to do something. I’m up there, I’m up the food chain. Of all the engineers trying to get permission to do something, I’m the guy who decides what to do. I put Bill Harrison, tech, labor, engineer, to work to build the hardware. That’s where a lot of ideas came [from]. By December ’67 we were already creating pingpong.

If we had known all we needed was pingpong, we would have quit there, but who can read the crystal ball? We keep adding stuff, adding stuff, which makes the machine more and more expensive and frightening-looking to someone who’s never seen it before. So when we’re parading around TV manufacturers to see if they’d be interested in taking the license, they all liked what they saw, but were all afraid to take a chance, except for Magnavox. So we got in a relationship with them.

Watch the full interview below to see the scope of Baer’s inventions.