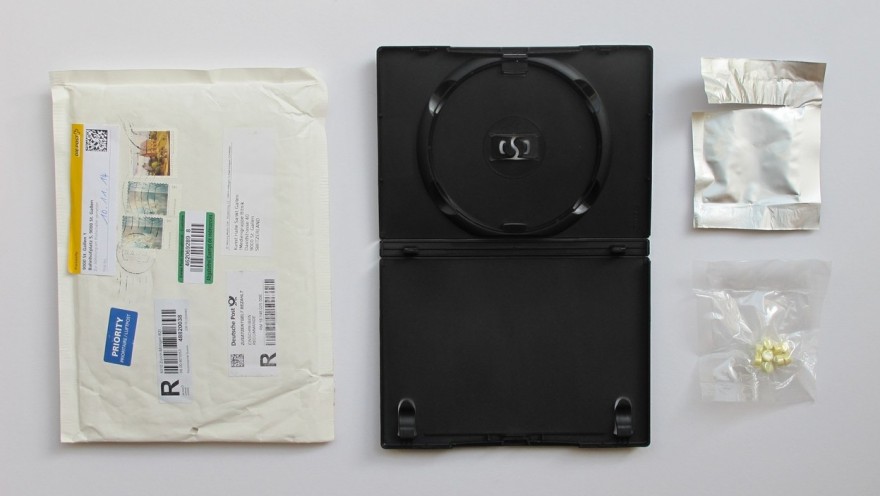 Random Darknet Shopper, a creation of Zurich/London collective !Mediengruppe Bitnik (pronounced “the not meidengruppe bitnik”), is the latest in a long tradition of commerce-focused engines that were given the a-okay by its owners to go ahead and drain their bank accounts and purchase random shit. RDS ups the ante from, say, Internet artist Darius Kazemi’s Random Shopper by instead of erratically buying $50 worth of crap from Amazon, it sinks $100 in Bitcoins per week into troubling transactions off the Darknet. (Bitcoins are tougher to trace, so a savvier choice of currency in sordid dealings.)

If you’re not up on your Internet lingo or are largely relying on Dilbert or the Sandra Bullock vehicle The Net to navigate the web these days: The Darknet is a private, anonymous invite-only network whose users naturally cavort in illegal activities. It’s like logging into the online equivalent of stuff that fell off the back of the truck.

Or, as mediengruppe bitnik says, RDS’ intent is to use hacking “as an artistic strategy… to allow for new readings of established structures and mechanisms.”

The fun with bots like Kazemi’s—and to a certain extent, its forerunner Amazon Filler Item—is you get a small, contained cross-section of the sort of shit you can buy online. You can discover that Amazon sells fresh, raw skinned rabbits online through Filler Item—but only if you need an item of that price to fill your cart to get free shipping. Kazemi’s bot reveals the potential absurdities in our consumerist habits by having an algorithm decide he should have a copies of Canadian Notabilities and Machiavellian Democracy in a single smiling brown box. The items arrive, teasingly, imploring their recipients to figure out why the universe has plunked these items down in front of them.

RDS is intended to be just as provocative if not more so, which is why it just opened an exhibition of items purchased via some bot deep webbin’ in Switzerland’s Kunst Halle St. Gallen. The exhibition, titled From Memes to Onionland, is a cherry-picked selection of probably totally bootleg curios that range from $75 Chinese Nikes, carefully packed bags of ecstasy pills, Louis Vuitton handbags, cases of cigarettes, and e-book collections of Lord of the Rings.