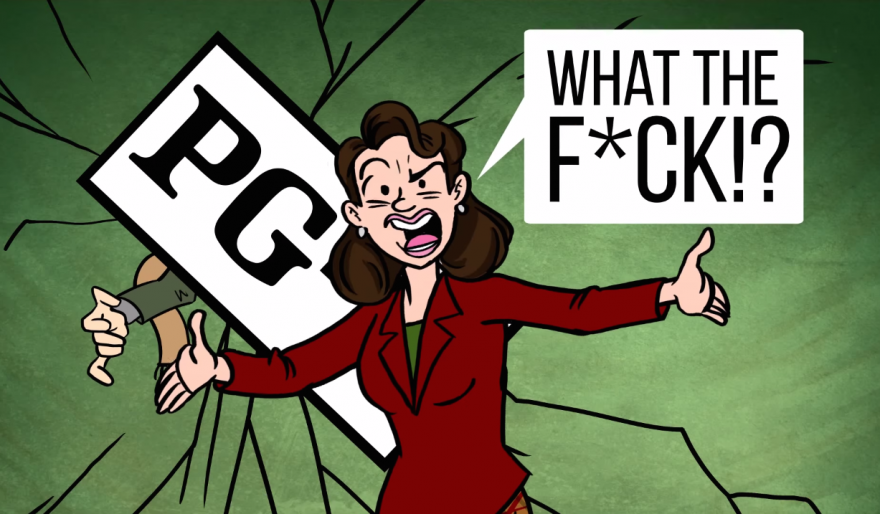 Rating systems are inherently wacky and fascinating. As an attempt to objectively pin down the subjective morality of an entire country, rating systems are not only doomed to fail from the start, but also pretty revealing about our culture’s perceived values.

Dissolve’s video adaptation of Chris Klimek’s essay detailing the history of the PG-13 rating, though informative, proves only a snapshot of the bizarre criteria used to uphold these systems. I won’t go into detail here (since the video does a great job of catching you up in just two and a half minutes), so I’ll summarize: when the industry adopted the PG-13 rating, it basically hacked the whole movie-going demographic and dominated sales, essentially aiding in the entire system’s collapse under its own arbitrary weight.

As the video essay observes, one of the MPAA’s weirder practices is the blatant double standard it upholds toward sex versus violence. Summarizing it in the original essay, Klimek says “it’s clear enough that no body count is high enough to fetch an R rating on its own.” While violent death continues to run rampant in PG-13 movies, videogames’ own ESRB rating system appears to exercise at least a little more discretion when it comes to bloodshed. Any explicit depiction of blood (which, granted, is considered distinct from milder depictions of violence) warrants an MA (Mature Audience) rating in the videogame industry.

Of course, ESRB ratings are not without their own unwieldy contradictions and imbalances. In 2005, a major controversy broke out over a mini-game hidden in GTA: San Andreas’ coding. Though not intended to be viewable by players in the final version, a downloadable mod entitled “Hot Coffee” allowed players to opt into an interactive sex scene with CJ’s girlfriends. After the ESRB discovered the scene, they rained hellfire on publisher Take Two, bumping the game’s rating from an M to AO (Adult Only)—a known industry dead zone in terms of sales.

Of course, anyone who’s played even just up until Trevor’s introductory scene in GTA V knows that there are endlessly more traumatizing sequences in the series entries classified under the regular M rating. But, like the MPAA, the ESRB appears to find torture and a man’s photorealistic brains exploding under another man’s boot more tasteful than two semi-clothed virtual dolls rubbing up against each other in suggestive poses. But as Klimek points out, the tyrannical aversion to all things sexual stems from a larger problem, reflecting “America’s peculiar, specific strain of psychosis: Puritanism (and soft bigotry).”

In fact the videogame industry owes the genesis of its rating system to the infamous 1992 release Night Trap, the FMV a couple senators vehemently condemned for being “sexually exploitative.” Though relatively innocuous in retrospect, Night Trap quickly became the game that launched a thousand congressional hearings. Under threat of government-mandated restrictions, the gaming industry embarked on the battle to invent a self-regulated rating system in 1993. Since then, explicit depictions of romantic sex have consistently earned the ire of raters, while breasts bulging from nearly non-existent bikini armor sail right by with a Teen rating.

Yet while the logic behind our entertainment rating system remains elusive (to say the least), Klimek’s closing statements (rightly) question even their ability to shield minors from the evil of sexual intimacy in the digital age. In an era where accessing hardcore pornography is about as easy and instinctual as flipping to a different TV channel, “the idea of impressionable tweens requiring protection from upsetting material they encounter in a movie theater is a similarly quaint notion.” I have to agree with Klimek, and wonder if the players of two-thousand-and-whatever would even so much as bat an eye if offered some Hot Coffee in GTA VI.