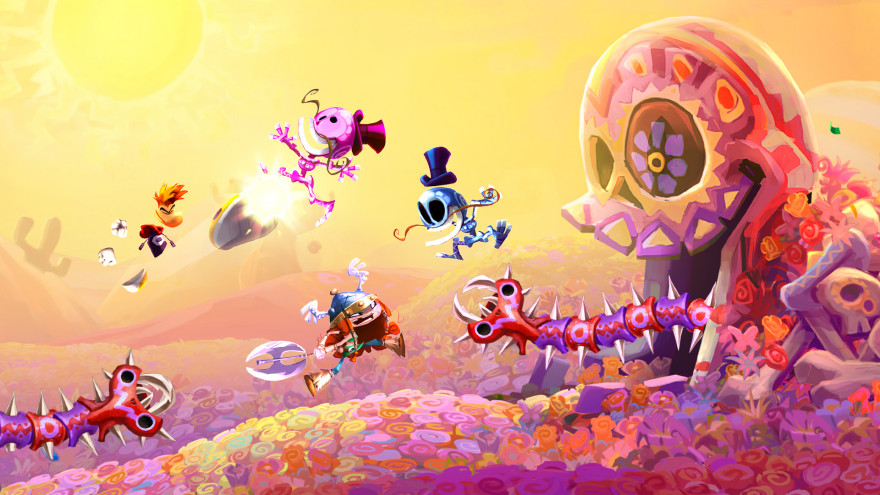 When I was 12, my brother and I bought this strange platform game in a second-hand videogames shop. It was the original Rayman, released around 1995 for the PlayStation. The first thing I remember: the game was hard. I never finished it. The second thing I remember: the goofy characters, whimsical universe and catchy theme. It was pure joy, and completely new: the big-eyed bugs, the anthropomorphic musical instruments, platforms made of pencils and erasers. We wanted to dive into it.

French animated movies can be very different from each other, but they share a distinctive throughline

This beauty was baked into its very design. Several members of the creative team come from the animation industry, and have worked for famous French and international studios. They received training in French schools such as Gobelins, La Poudrière, Emile Cohl and Supinfocom. Rayman Legends, the most recent game in the series, is tinged with the culture of French animation.

French animated movies can be very different from each other, but they share a distinctive throughline: a certain blend of boldness, artistic narratives, and a tendency toward the _auteur_ and the personal. It’s on display in Fantastic Planet (1973), Le Roi et L’Oiseau (1980), or The Triplets of Belleville (2003), among many other works.

Rayman creator Michel Ancel applied this aesthetic to videogames. Some processes used to conceive Legends were the same as those used in feature films. Ancel explained to me that everything began with atmospheric artwork, whether a simple coloring sketch or a more elaborate prep drawings, which artists would then pick amongst, according to how much it inspired them. They’d then flesh out these atmospheric drawings further.

The result retains all of the beauty and eccentricity of the original game. I booted it up on Xbox and found myself walking in the luxurious flora once again, in shimmering and vibrant worlds. But since Legends supports four-player co-op, I asked two professional illustrators to play with me: Johan Papin, from the French collective Messieurs Dame, and Maxime Mary, a character designer who graduated from Gobelins. With Messieurs Dame, Johan works on shorts, advertisements, corporate and institutional videos, focusing mostly on backgrounds. Maxime creates the characters in an animated series, producing their expressions, poses, and even their manner of speaking.

At first, the three of us (plus Fred, a friend of mine) were a bit disoriented: too much coming out of the screen and too many characters and background details to get what was going on. But once Max understood how to control Murfy, the tiny helper bug that is the sort of skeleton key for the game, things picked up. Johan and Maxime told me Rayman reminds them of some current art school projects, like Meet Buck or Salesman Pete. The character Globox recalled, to me, the French cartoon Space Goofs, which itself owes a debt to The Ren & Stimpy Show.

Legends can feel, at times, like an interactive animated movie. The links between animation and videogames have always existed, but, when technology allows us to actually “play into the concept art” as it does in Legends, those links become more obvious than they were when Michel Ancel carefully pixelated the work of his cartoonists in 1995.

The Ubi Art Framework engine allows the team to animate all kind of images easily, and then place and edit the art they’ve created without worrying about technical aspects. Since Rayman Origins, Ubisoft has improved the 2D rendering, making animation more fluid, adding some 3D elements to create deeper planes and more detailed textures. “What you end up with is a coherent and solid environment that maybe loses a bit of the ‘this is obviously a game’ feeling, and treads into ‘what a nice painting’ territory—right where Rayman Legends wants to be,” the game’s level designer, Chris McEntee, said in a blog post. That same tech will be used in the Ubisoft’s gorgeous forthcoming RPG Child of Light.

Still, as much as Rayman draws from the tradition of French animation, its main inspirations are American.

Still, as much as Rayman draws from the tradition of French animation, its main inspirations are American. It fits in, most of all, with Looney Tunes’ tradition of character design, sound effect, even mechanics. “If Rayman heroes punch each other, they never die, like cartoons. The Road Runner can throw a piano off the hilltop and hit the Coyote over and over again, (but) the Coyote will always come back to life,” says Christophe Heral, the composer on Rayman Origins and Legends. And as for the scenery, Michel Ancel attributes that to Disney’s Bambi. “In the opening scene, the spectator walks in the forest even though it’s flat,” he said. “It was just a bunch of drawings but thanks to the music, the colors, the atmosphere, you really have the feeling you actually walk in this magnificent and believable forest.”