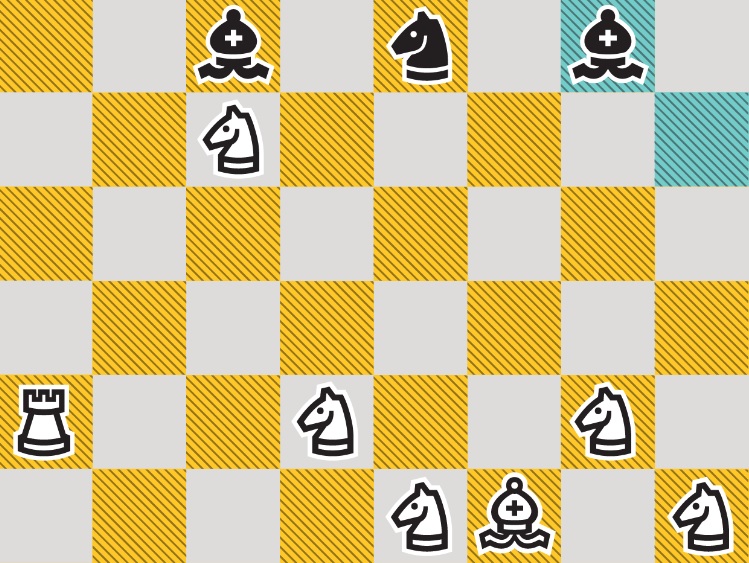 You’re taking a walk in Central Park. The sun is shining down on you, a stark contrast to the cool autumn wind that tickles the back of your neck. It’s a reminder that change is coming. As you stroll past the row of chess tables, you see two elderly men hunched over and glaring at each other with an intensity that startles you. As you approach, you notice that there are chess pieces sprawled everywhere. The two men look exhausted. You walk closer to see that the board is full of Queens. Nothing but Queens. One of the old men shakes his head in defeat. “Who could be res-pawn-sable for this?” The other spots you eyeballing the situation and sighs as if he’s seen more than two world wars. “It’s Really Bad.” he explains. “It’s Really Bad Chess.”

Chess has been around for nearly 1500 years. Could you imagine the monotony of playing the same game with the same mechanics and no variation for millennia at a time? Gone are the days of stale rules and regulations! Clear your board and throw your pieces away, because starting October 13th Zach Gage will be releasing Really Bad Chess for iOS. Despite the title, the reimagined classic is described as being “just like chess, but with totally random pieces. Try eight Knights, four Bishops, and three pawns—why not?” Indeed, why not?

open the door to an entire new world of chess

Even if you play chess quietly with no interruptions or have only tried it once, the small change in how you play is sure to provide a new experience. Total mayhem might ensue. Wipe away the image of two old men playing a peaceful game of chess at the park because Really Bad Chess is going to “open the door to an entire new world of chess.” Relationships will fall apart. Children won’t be able to stop crying. Buildings will catch on fire as the foundations of regular chess crumble to the ground because there are three Queens ruling the board in all of their untamed glory. It sounds pretty nice.

The pieces and the moves are the same, but their starting location on the board is different each and every game. Gage explains that “Really Bad Chess removes these boring restrictions and flips chess on its head.” It’s something that’s been tried before such as in Chesh. But competitive chess players can always do with a new challenge, abandoning their usual strategies, while something like Really Bad Chess should be great for beginners to learn about the joy of landing a checkmate without having to study openings.

Really Bad Chess comes out for iOS on October 13th. Learn more about it here.