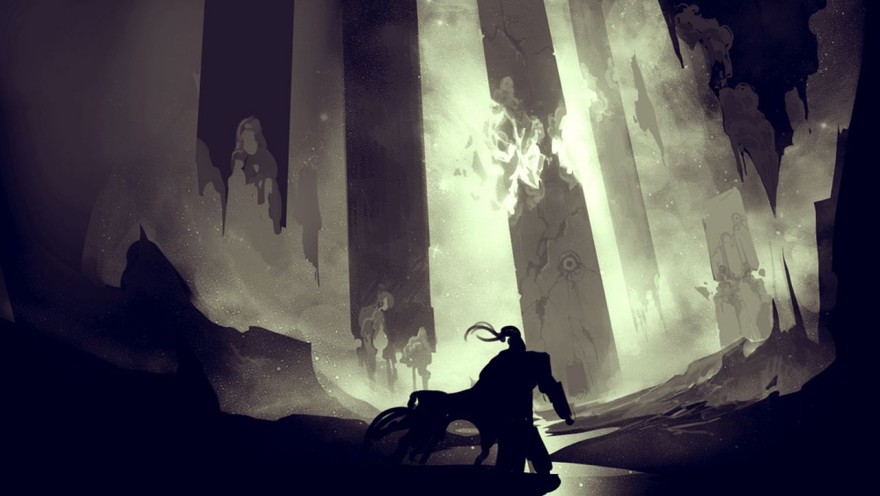 Let’s be honest: we’ve been playing Diablo for nearly 18 years. And in that time, not much has changed: select an alluringly mysterious explorer to venture forth against the dark minions of a demon lord, dress up in metal and leather, and banish him. He’ll be back; and we’ll be back, too. For something steeped in a battle of heaven and hell, there’s something awfully purgatorial about the franchise.

In Diablo III, nothing ever really changed. When I leveled up, I didn’t choose anything. Skills unlocked and grew stronger on their own, but after several difficulty levels of the same thing—the same enemies, the same environment, the same whirlwind route through Diablo’s face—why continue? What was lacking was a certain sense of progression derived from continuity: the continuity that comes from picking skills, allotting stat points, and, ultimately, making choices. In Diablo II, when I made choices, I became invested: my character became the sum total of something more than just hours played. It became something personal.

In a lot of ways, Reaper of Souls is the latest step in a return to personalization on a road of recent patches. No more second-hand clothing from the auction house; all items are the result of slaying hordes of demons, and further bolstered by something Blizzard is content to call “loot 2.0,” which could basically be the name of a hook-up app, and is actually a system in place to get the player more suitable items. If the auction house was a second-hand store, loot 2.0 is a custom tailor with shaky hands and a heart of gold. The clothes don’t always fit, but they’re obviously trying.

Meanwhile, Reaper of Souls’ paragon points are basically a compromise between personalization and freedom; level up past the cap and earn stat points to swap around willy-nilly on minor increases to things like health, mana, or critical chance. The new Diablo wants you to play like you want to play. It wants to offer up a new and improved sense of ownership, even in the wake of quick-swapping skills that unlock on their own.

Because Reaper of Souls is about ownership: not just for the player, but for the franchise. Blizzard looked after Diablo II with patches and expansions; they’re obviously working to do the same here. It wants to make sure players can do the same for their characters, and a big part of this is the new merchant: her enchantments allow the player to alter single stats on items, turning almost-swords into awesome-swords, caulking any cracks in the loot 2.0 system. Her secondary ability is to change the cosmetic appearance of any item of equipment that shows up on a character, because stat points are great and all, but when I bury an axe in a prime evil’s head, I need to look good doing it.

But it’s not just characters: the game also wants players to own the greater experience of the game. Gone are the days of having to replay the same campaign over and over again to reach a higher difficulty. Players can now amp it up from day one and then bump it up even more when their items are good and ready (and color-coordinated). And then there are adventure mode’s bounties: a system of unconnected quests doled out from an angel. If you’re tired of killing Diablo in the main game, it says, try these instead.

For the first time it feels like there’s actually a world to rescue, vapid as it may be.

Because while Reaper of Souls’ bounty system does away with the plot-enshrouded endgame, it also manages to offer an act that, for maybe the first time in the series, feels both present and active in its storytelling. For the first few environments of Reaper of Souls, I’m in the city of Westmarch, whose streets are currently paved with corpses, death, and despair. But even in the wake of all this, side quests lead to smugglers, plots to overthrow the king, or an evil-infested brewery with barrels of beer that actually have their own brand names. While I shop, totally non-important NPCs squabble about class issues, about significant others, and for the first time it feels like there’s actually a world to rescue, vapid as it may be, because I’m not just trailing a wake of destruction and reading historical documents; I’m also surrounded by events that have finally boiled over and continue even in the face of oblivion.

And then, sadly, it’s gone. The brief, human-filled side missions are only a fraction of the expansion’s content, which quickly finds my hero back on the warpath in nebulous destinations filled with breakable, item-concealing dreck, and then, finally, in quests that re-use environments in the same way. While this isn’t surprising, it’s kind of disappointing. Diablo will always be about clicking, leveling, and loot, and the bounty system seems to think that the location doesn’t matter. And maybe it doesn’t. Players will always push onwards for the shiny loot drops and the unmatched euphoria when a legendary item rains down. But so much of what makes Diablo isn’t the gameplay, it’s the atmosphere, aesthetic, and yes, even the narrative that make the game such a pleasure to unwrap.

It’s a testament to these things that the game never grows dull, but there’s a sense that adventure mode is the game resting on its laurels, giving itself a hearty pat on the back. Reaper of Souls is an excellent step, but the sheer vitality inherent in the beginning of the new act is proof that the game could be so much more; that it could really flesh out an existence however bleak and further blow the genre out of the water. There’s a hint at something amazing and all too brief, especially in the wake of a game that can and will carry on, ostensibly, forever. Because even without adventure mode, my crunchy new crusader and I were more than willing to continue through Diablo’s purgatory; I’m just not sure the game understands why.