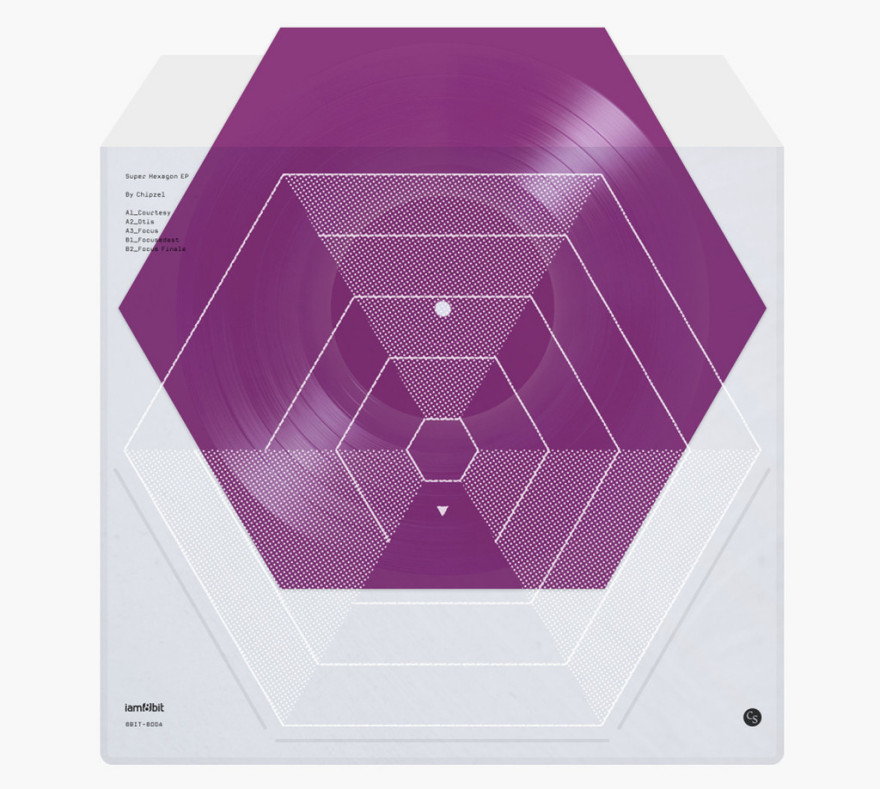 Terry Cavanagh’s Super Hexagon is a devilishly fun little game about navigating a maze of hexagons without ever touching the walls that constrain you. You spin around and around, hoping to avoid being trapped within these hexagonal confines as Chipzel’s music thrums in the background. Super Hexagon’s soundtrack is now being pressed on limited-edition hexagonal vinyl records that are scheduled to be released in November 2015.

This is not an item from your parents’ dusty record collection. For starters, it isn’t round. There’s a circular record at the center of the larger, hexagonal vinyl, but the effect is still striking. Four hundred pink, black, blue, and purple records will be made available to the public. The current proposals for the record’s packaging superimpose a series of open-ended hexagons onto the pressed vinyl, reproducing the aesthetics of Super Hexagon’s levels.

This is what happens when a tie-in fits neatly with its inspiration.

The hexagonal records are a tie-in, but sometimes a product ties in so well with the material from which it is derived that it causes you to see it in a new light. So it is with the hexagonal records, which make the case for viewing Super Hexagon as a game about a DJ spinning records. The dot you are manipulating and the walls that close in on you are all just ways of teaching you to spin forwards and backwards in time with Chipzel’s soundtrack. This is not an unheard of idea for a game—Clapping Music does a similar trick with the music of Steve Reich—but Super Hexagon is not sold as a tool for teaching musical concepts. It’s just good fun. Now, through the limited-edition record run, it can be good fun with further meanings.