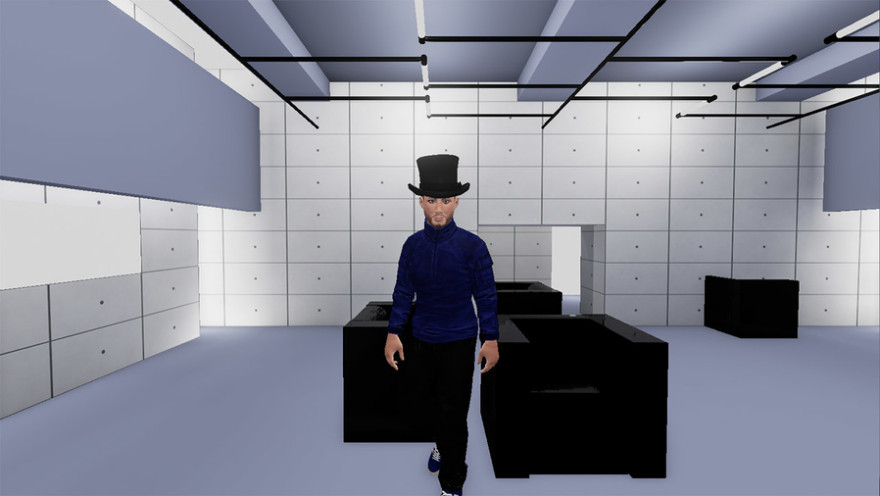 I remember being eight-years-old and having a playground debate as to how Jamiroquai’s music video to the song “Virtual Insanity” was made. We were kids, so obviously one of the suggestions was that it was magic. Another said it was computer graphics. But the most plausible was that the floors were moving. When bringing this suggestion to my dad even he agreed that it was probably the answer. It wasn’t.

It’s the dance of a cyborg.

If you’re not familiar with the 1996 pop-soul record or its video, you should remedy that right now. Jay Kay, the band’s singer, seems to glide across the grey floor of the set as he sings and dances. Sometimes he moves while stood completely still. This is the trick that had my school friends and I so fascinated. It’s as if he’s found a way to outdo Michael Jackson’s moonwalk, which is itself a sort of illusion performed by gliding the feet in a certain way so that it appears as a backwards walking motion—in practice, it is. Here, though, Jay Kay isn’t moving his feet at all, yet he moves across the floor. How?

The answer is simple. And it’s not one of Jay Kay’s admittedly skillful dance moves; no one can do the impossible. Nor is it a computer trick. If it were, that would prove rather ironic considering that the song is about the potential harmful effects of our obsession with technology (and that’s back in 1996!). As revealed in an interview with the video’s director Jonathan Glazer, the whole set was a self-contained unit on wheels that was built on a floor with no detail. The camera was attached to one of the walls so that when the set was moved around it would appear that only the objects inside the set, and that were separate from it, were moving—that included Jay Kay and the black sofas.

The method itself is very practical then. It would no doubt be solved easily these days with modern computer technology. But what would be lost in such a case would be the performance in front of the camera. What makes the “Virtual Insanity” music video impressive even today is its choreography, and not its practical effects, although they are all part of it. The way that Jay Kay tip-toes down a closing aisle between wall and sofa; how he steps at the same pace as the set so it appears that he’s moving nowhere; and how he rises from sitting to standing while narrowly avoiding a collision with the wall. It all gives the impression that Jay Kay has a  mechanical prowess. He’s beyond mere dancing skill, his body always escaping being crushed or moving in inhuman ways as if he were assisted by cybernetic enhancements. It’s the dance of a cyborg.

It is this that you must attempt to replicate in the videogame tribute to the music video. It’s called, quite simply, Jamiroquai Game. You play as Jay Kay as he steps without moving on that grey floor. All the while, black sofas and chairs emerge out of the walls and glide across the floor. Your task is to ensure Jay Kay isn’t hit by any of them. He must be as untouchable as he is in the video. If he isn’t, a comical collision is had as his entire body ragdolls into a limp, jelly-like version of itself. It gets pretty tough, so if you’re the kind of person to not give up on these challenges, you’ll probably end up slipping into your own virtual insanity. Fitting.

You can download Jamiroquai Game for free on Game Jolt.