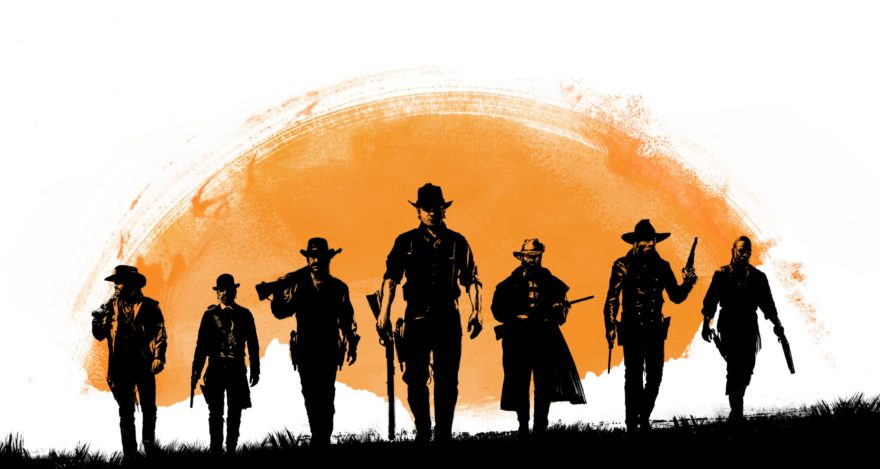 If you were listening, you could hear most of the internet gasp at the exact same moment. After two days of obvious teases, Rockstar Games has officially announced the long-rumored sequel to Red Dead Redemption (2010). And it’s called Red Dead Redemption 2. Who’d have thought?

All we know about Red Dead Redemption 2 at this point is that it’ll be coming to Xbox One and PlayStation 4 in fall 2017, that it’ll have multiplayer, and feature some swag-looking cowboys. Oh, we also know that we should find out a little more about it tomorrow, October 20th, as the debut trailer drops then. Everything else is speculation, so let’s just indulge that for a moment, shall we?

Looking at the announcement image that Rockstar released yesterday (pictured above), you might guess that Red Dead Redemption 2 will feature Jack Marston—the son of the first game’s protagonist, John Marston—it seems that the person front and center of that image is him. It’d make sense to continue his story given how Red Dead Redemption ended (don’t worry, I won’t spoil it here). But if that’s Jack, then who are the rest of these gruff gunslingers?

We here, at Kill Screen, have been wracking our collective minds trying to figure out who these mystery characters are, and what the answers might tell us about the game. Is this a virtual retelling of The Magnificent Seven (1960)? How many Blazing Saddles (1974) Easter eggs will there be? Will we be able to take selfies, like we could in Rockstar’s Grand Theft Auto V  (2013)? Okay, you might think the technology for that last one is 100 years too far into the future to happen, but that only means I get to introduce to you the Kodak Brownie. Cowboy selfies here we come. Oh, and most importantly, if I hogtie a hapless character and lay them on train tracks, will this happen?

Gareth, our lovable writer and artist, went a little further than the rest of us and decided to mock up who he thinks each character in the announcement artwork is (or who they’re inspired by, at least), with the help of a little film history. Take a look for yourself above.

Anyway, the ball’s in your court, Rockstar. We have questions, and we want answers.

A trailer for Red Dead Redemption 2 will be released this Thursday. In the meantime, you can read our review of the first game.