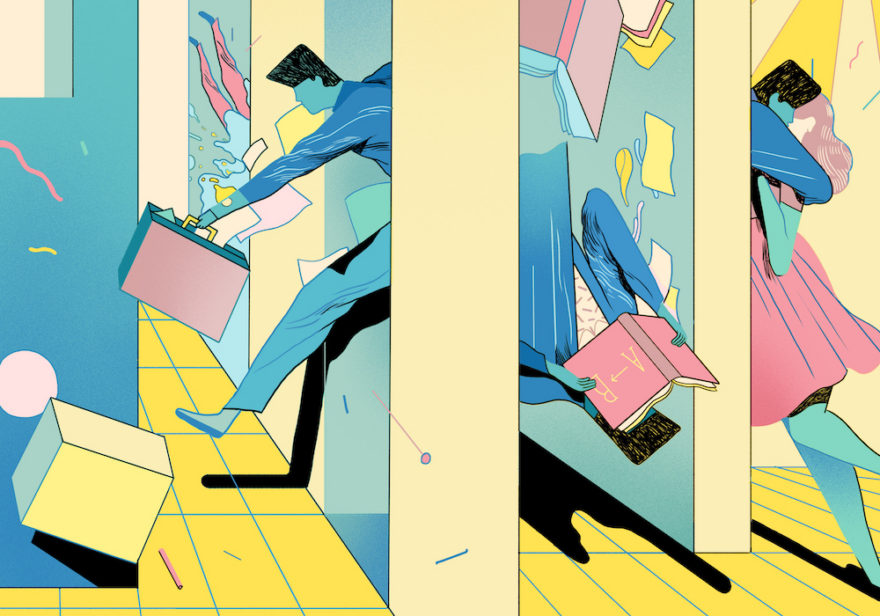 In less than two weeks, we are relaunching our print magazine with Issue 9. We’re incredibly excited to show you what we’ve been working on. For a limited time, use the discount code RELAUNCH to receive 10% off your purchase of Issue 9, or off a 4 issue subscription.

When we founded Kill Screen only seven years ago, the “game world” was a surprisingly different place. Many of the presumed fault lines in games—between independent and mainstream, artful and commercial, local and global—were just starting to penetrate the public discourse. “Indie Games” had been around since the early 80s, but as an organizing principle, the concept was new and exciting. Facebook games were huge. (Remember FarmVille?) In less than a decade, games culture has exploded, not necessarily growing so much as diversifying and opening up. So many different people play so many different games in so many different ways.

Over this time, Kill Screen as a company has changed, too. Our site has grown exponentially, and we’ve been able to launch esports and VR verticals—with more projects in the works. Still, one aspect of the Kill Screen identity has remained true since the beginning: we don’t want to look at games in a vacuum, siloed off from other parts of our lives. At our core, we are a company focusing on lived experience, on games as part of culture, on games in life.

Some of you may remember that Kill Screen started as a print magazine. Issue Zero, “The Maturity Issue” as we dubbed it, featured an image of a boy sitting on a brick stoop, an imaginary controller between his hands. The image supports our essence: games are played out in the world, hunched on brick steps, beneath graffiti art or paintings, with friends, as we eat food, in movie theaters and in playhouses at intermission, walking through parks catching Pokemon. Games intersect with all the other aspects of our lived experiences. Games are part of culture, and not a culture unto themselves.

At our core, we are a company focusing on lived experience, on games as part of culture, on games in life.

Relaunching a print magazine at a time when digital and screened experiences dominate our lives with games may seem ill-fated or foolish, but we believe in the value of an artistic artifact. We love the smell of ink. Beautiful art excites us. We enjoy flipping a book’s pages, just glancing at them as they flap by, choosing a place to start reading. We feel a little pride having something beautiful on our coffee tables, on our shelves, even on the back of our toilets. We thrill at finding something in our mailboxes. The new Kill Screen print magazine is another way to engage games and meaningful discourse about games, but from a distance; not playing, or leaning into the screens, but with a book in our hands.

We believe Kill Screen is at its best in print, and that reading about games in a physical book may actually help us appreciate games more.

Issue 9 will be in your hands soon. None of it would have been possible had it not been for the support and enthusiasm of the Kickstarter backers, who quite literally made this relaunch possible. To those backers: thank you, and your first issue is coming soon. To everyone else who is reading this: you can subscribe today and start with Issue 9. We really hope you all enjoy having it as much as we have enjoyed putting it together!

For a limited time, use the discount code RELAUNCH to receive 10% off your purchase of Issue 9, or off a 4 issue subscription.