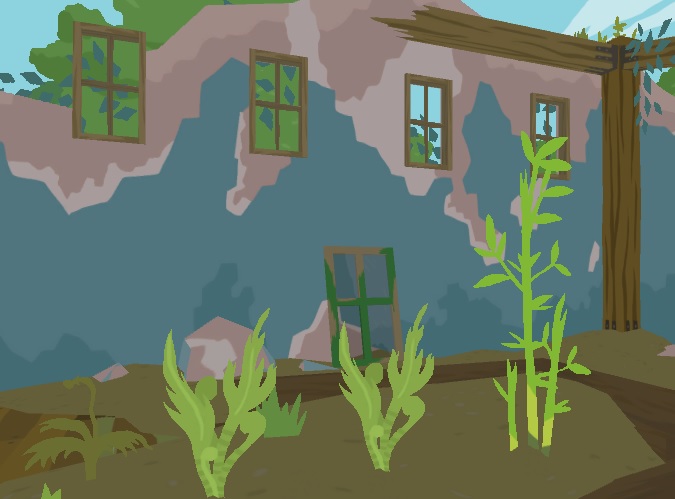 Gardening has long been in videogames (I’m thinking Harvest Moon especially), but recently there’s been a sprig of interest in small, singular experiences that are concerned with nothing but the procuration of plants. This year alone we’ve had Viridi, Barmark, and Prune. Each of these find within the careful act of gardening a form of meditative progression; a oneness between nature and ourselves.

A Good Gardener, another upcoming gardening game, seems to follow the same thinking as those that came before it. It started off as a game jam project made for Ludum Dare 32 but has since been cultivated into something fuller and hopefully more engrossing. In fact, I’m going out on a limb here and say that it operates very loosely in a similar way to Papers, Please.

According to co-designer Ian Endsley, A Good Gardener has you in charge of growing a batch of crops to contribute to a war effort. The plot you’re given is suitably run-down, as if it has been rescued from the ravages of a conflict by passing soldiers, who then threw your green fingers at it to help feed the frontline. The idea is to grow as many healthy plants as possible and, on occasion, you’ll be visited by a supervisor whose job it is to judge your efforts.

“designed to be repetitive and peaceful”

It’s a loop that isn’t as stringent or as punishing as Papers, Please but it’s riffing on the same tics. And if that comparison doesn’t satisfy, then perhaps pointing out that A Good Gardener seems to be as committed to depicting the smaller details of its subject, will help it along. As such, you can raise a hand and throw a seed into the dirt to plant it. As it grows, weeds will emerge around it for you to purge, and you’ll need to ensure they get the nutrients they need so they don’t die.

You do all this as you’ve been ordered to. But the creators of the game hope that, with it being “designed to be repetitive and peaceful,” you’ll find it acts as a gateway to relaxation. You only hang out with your plants, tending to a healthy floriculture, and occasionally observing curious birds that flutter down to patter on the dirt. The overall idea is to give you time to reflect. And this is intrinsic to the experience of A Good Gardener.

To explain, the creators say that you’re supposed to muse on your own character to enact a merging of your inner thoughts. The character is deliberately left as a void to encourage this fusion. And so the only indication you get of the personality of the person you inhabit is through what the supervisor says about them. “Th[e] player’s thoughts during this time become the player-character’s thoughts: ‘What am I doing?’, ‘Is this all I can do?’, ‘Am I doing the right thing?'”

It’s a complete contrast to the last game created by this team, which was the wonderful Little Party. In that you were tasked with finding out as much as you could about the single mom you played as while your teenage daughter hosted a party in your house for the first time. Still, one element that hasn’t changed is the art style, it being a smooth blend of soft polygonal shapes and colors that blend almost like a watercolor painting. It seems much more suited to the greenkeeping lull of A Good Gardener.

Look out for more details on A Good Gardener on its project page.