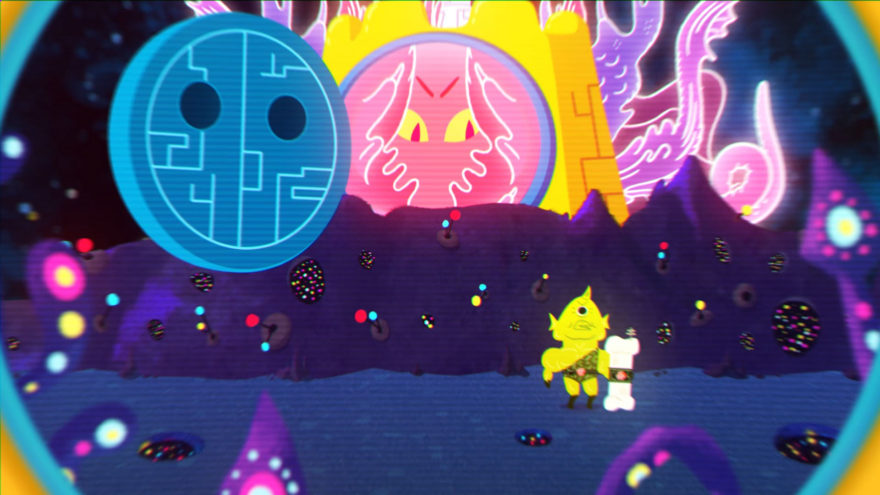 Are you the type of player who thinks, man, RPGs like Skyrim and The Witcher 3 are great, but I wish all this lush fantasy storyelling didn’t get in the way of my iron casket and rare weapon collecting. Or maybe you were the rare voice among No Man’s Sky dissenters who criticized the game for not letting you focus enough on collecting and managing resources. You, my friend, have a looter’s soul, and the gaming world is happy to oblige your pirate-like love of digital bounty.

If any of the above sounds like you, then you’re in luck because the turn-based roguelike Loot Rascals just released today. From the indie studio Hollow Ponds, boasting talent from Hohokum and Adventure Time, Loot Rascals is set on an alien planet where ability cards rule over a dog-eat-dog world of rapscallion aliens and robots after yer booty. By fighting and defeating said monsters, you gain ability cards that, when arranged in the right build, give you strategic advantages over your enemies. But this topsy turvy world also requires you to be cautious, since dying in the game makes you vulnerable to being looted by those same enemies—and the better the card, the more appealing your corpse is for the plundering. In a way, Loot Rascals is kind of a game about moral relativity, since choosing to steal from other players means you’re more likely to engender bad karma with them, which they will inevitably pay forward whenever you fall.

The story revolves around the mission to rescue your robot friend Big Barry from a space monster with an unsavory amount of tentacles. According to the creators, Loot Rascals tells a tale “of friendship, loss and redemption.”

You can download the game on Steam for Windows or PS4.