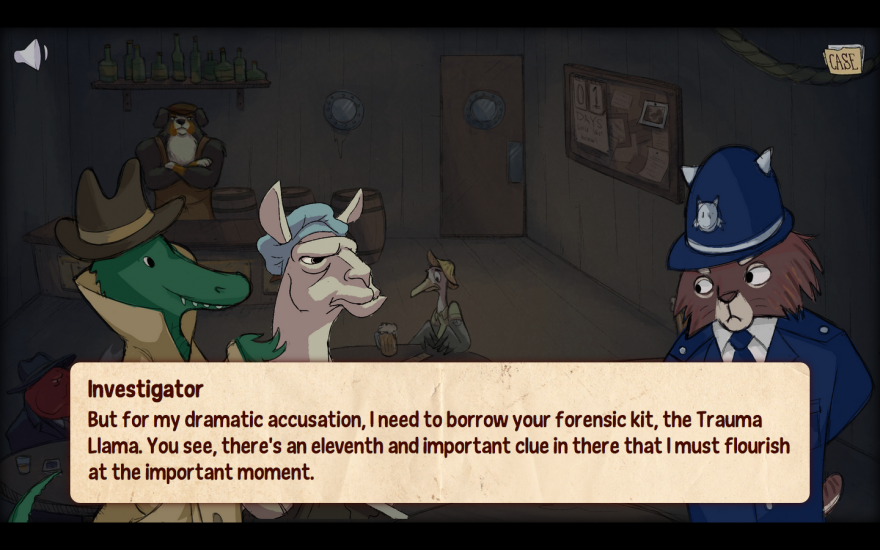 For a brief, glorious period in the mid-20th century, Jack Webb was the voice of every detective in America. Most famously, he was the voice—and, later, corporeal manifestation—of Sergeant Joe Friday on the ür-procedural Dragnet. Webb also provided the voice for the titular, simile-dropping lead in Pat Novak For Hire and a series of largely interchangeable policeman roles. Before franchises like Law and Order and CSI revealed the fictional investigator as being largely interchangeable—a different person can spout these clichés next year and the world will keep spinning—Jack Webb was starring in every interchangeable law enforcement show in the land.

everyone wears a trench coat

This twist is fodder for a great many puns and rhymes—from the titular red herring, to a suspect named Squeal the Seal, to a medical sidekick known as the Trauma Llama. Yet it also gets at the fundamentally interchangeable nature of the American detective drama. The genre’s conventions are so well-established that you can easily turn all the characters into animals and still wind up with a traditional gumshoe story. Investigator and the Case of the Red Herring is an absurdist satire, but its brand of satire, like Burning Love and The Hotwives of Orlando, is best understood as an affectionate ode to the source material that it skewers. If Jack Webb can be every detective and every detective can be Jack Webb, it is only fitting that animals can get in on the fun.

You can play Investigator and the Case of the Red Herring for free here.