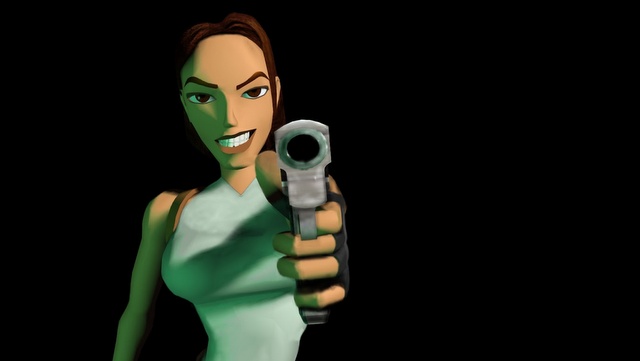 2013 was a big year for the Tomb Raider franchise. The reboot breathed new life into the series and introduced us to a more realistic, well-developed Lara Croft. Pretty much everyone dug it, too.

So it’s a little weird (but perhaps not completely unexpected) that the original 1996 Tomb Raider was re-released for iOS today. Now you can revisit 400-polygonial Lara’s first adventure—the T-rex killing! the exotic locales! the short-shorts!—on your iPhone. And if you feared those beloved tank controls were scrapped, you need not worry. “We’ve not messed about with it,” assures Square Enix.

I love classic Lara, but this game is clearly a relic from the 90’s. It makes you wonder if there will ever come a time when we’re too embarassed to trot out titles with antiquated elements, namely female character designs.