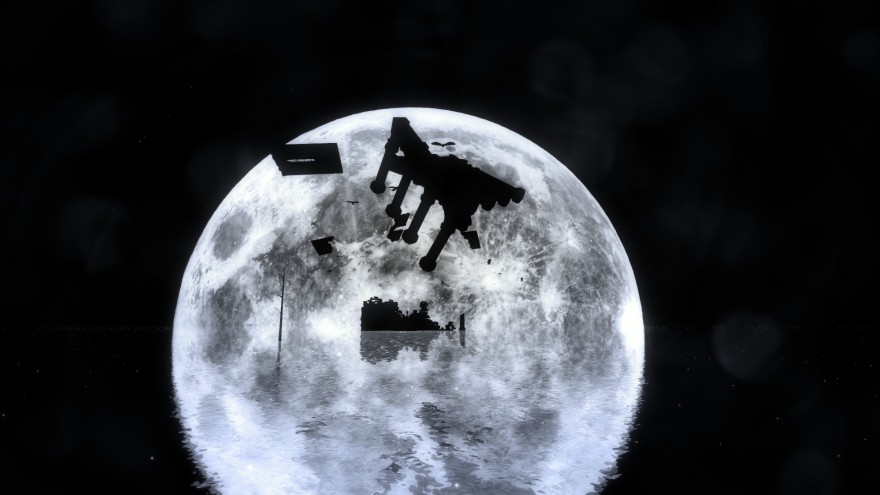 “If you fall asleep while stargazing, a gate to a new world situated in between the world of memories and the world of dreams will open for you” reads the scant, enigmatic backstory for Rememoried, solo designer Vladimír Kudêlka’s take on the so-called “walking simulator.” Light in form but heavy in content (as its putative genre suggests), Rememoried jumps into the labyrinthine, interstitial space suggested by its backstory: the double mediation of inner mind and exterior world through dreams and memories.

On a structural level, memory is an essential component of virtually every videogame. Narrative, of course, occurs in time and its coherence depends in part on the player’s ability to connect past to present, the ostensible “function” of memory. Likewise, games often require the player to identify, repeat, and master a series of actions––memory held more in the fingers than in them in mind, true, but a kind of memory nonetheless.

Yet very few games are about memory in any meaningful sense and, from this perspective. Rememoried is a welcome attempt at filling this curious lacuna. But it is also a cautionary tale. Rememoried acknowledges its topic more fully than it grasps it; contradiction and confusion plague its mechanics and themes. Some, no doubt, will claim “that’s the point.” Memory and dreams are immensely complex, and reducing them to easily digestible catechisms only serves to inhibit, not secure, a better understanding of these peculiarly human faculties.

Your spatial memory does you no good

Still, “complicated” is not the same as “complex,” and nowhere does Rememoried fail to parse this distinction than in its unconventional ruleset. As the game world fades into existence, we find ourselves in a glassy wood that’s oddly reminiscent of Mass Effect 3’s recurring “dreamscape” mini-mission. A lunar eye bathes the forest in an ethereal light, while pixels fall like snowflakes, smearing your screen like water on a window in a summer storm. It’s exquisite, to be sure, but once the novelty wears off, you realize the world is reforming itself around you, like a self-powered Rubic’s cube designed in four dimensions. Your spatial memory does you no good; your most unintuitive intuitions must be your guide.

According to Kudêlka, the shifting of unseen space is intended to simulate the experience of “forgetting,” yet another multifaceted term that negotiates dreams, memory, and the real. But realizing the world has changed while you look away is not quite the same as forgetting; neither is choosing not to remember, which quickly presents itself as a pragmatic strategy for playing Rememoried. It’s not that the mechanics of have no relation to forgetting (and by extension, memory), but that the relationship they establish is ambiguous at best and convoluted at worst.

The “progression” of Rememoried does little to justify or clarify this confusion. Successfully completing a level leads you to another puzzle––deeper into the dream, supposedly. Fail one puzzle and you’ll tumble back to the previous level, mostly, but not entirely, unchanged. In Kudêlka’s telling, this is the experience of dreams becoming memories, memories becoming dreams, memories of dreams becoming dreams of their own, and so on, spinning off beyond the reaches of grammar.

In practice, though, the metaphorics of play aren’t clear enough to make these “demotions” anything other than a frustrating fail-state. When Rememoried ends, you’re left with what you started with, only more: memories. And maybe a dream or two.