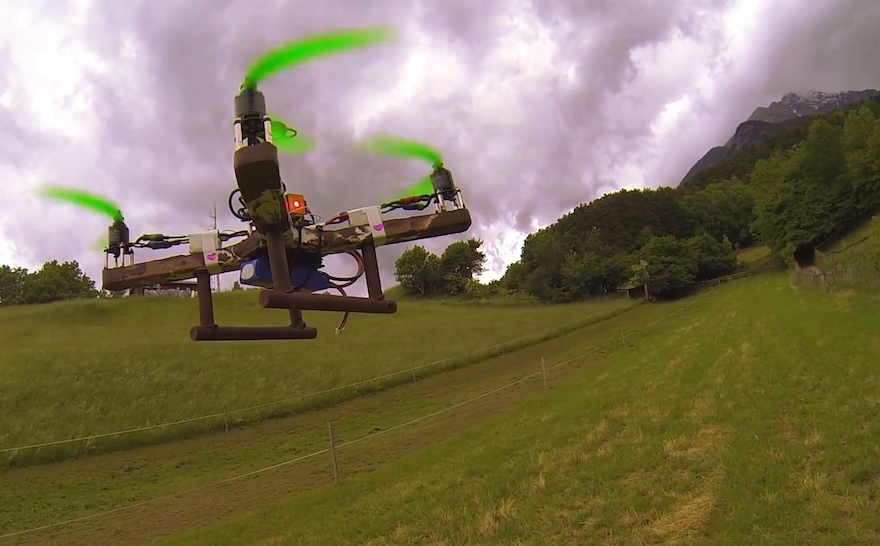 This camouflage drone made of melted Milka chocolate bars sure looks delicious. I’ve been craving chocolate all day. Death and invasion of my privacy from above—eh, not so much.

The most impressive part of this hovering aircraft is that it actually flies without melting into sweet liquid candy. “Chocolate and copters definitely don’t sound like the best combination, you never know until you try!” says co-creator Mike C on the DIY Drones community forums, who teamed up with his girlfriend to infuse their respective hobbies. The trick is that they assembled the drone so that no chocolate would be touching the hot mechanical parts that make it dreadfully flutter through the air.

Watch and salivate below.